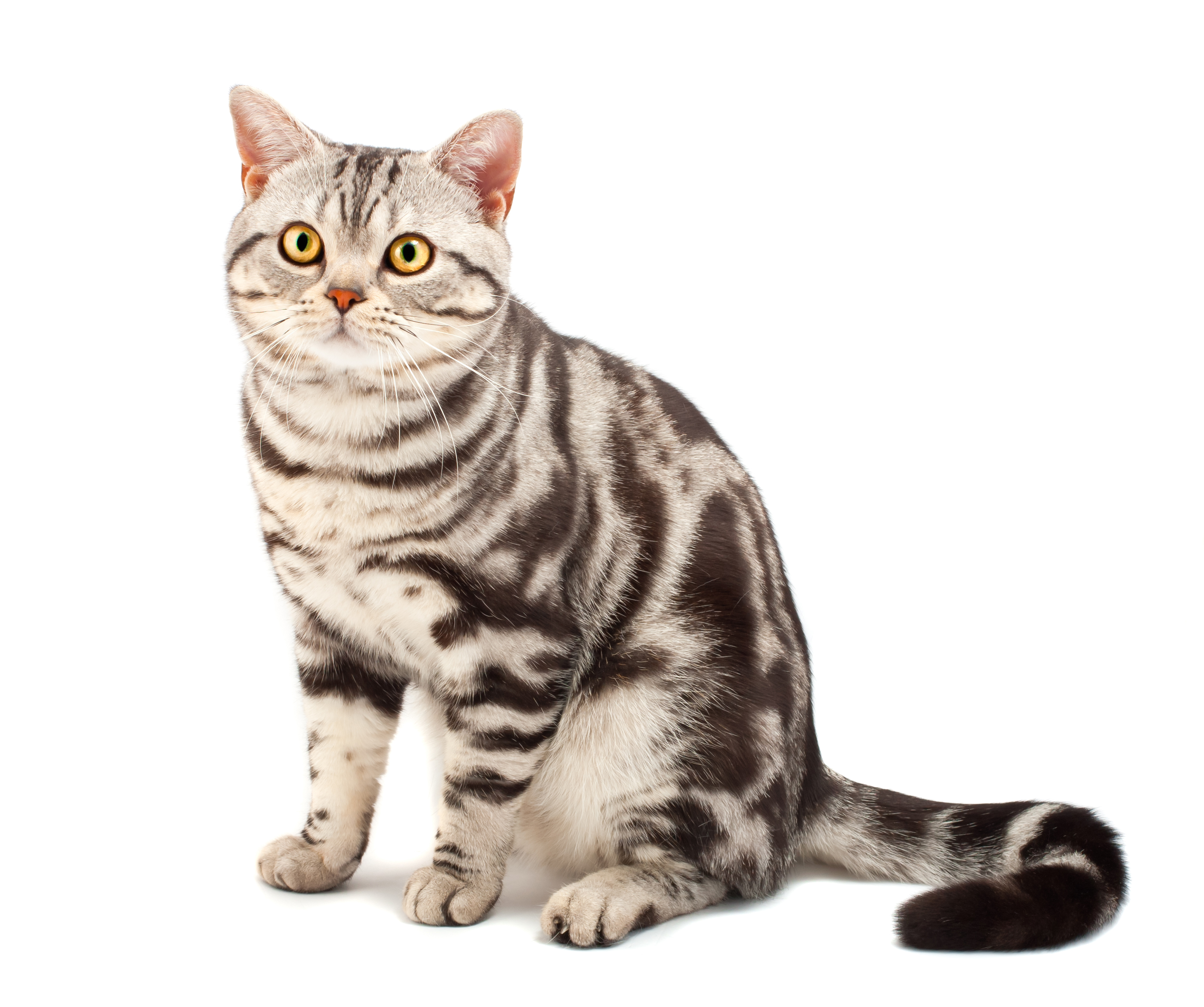 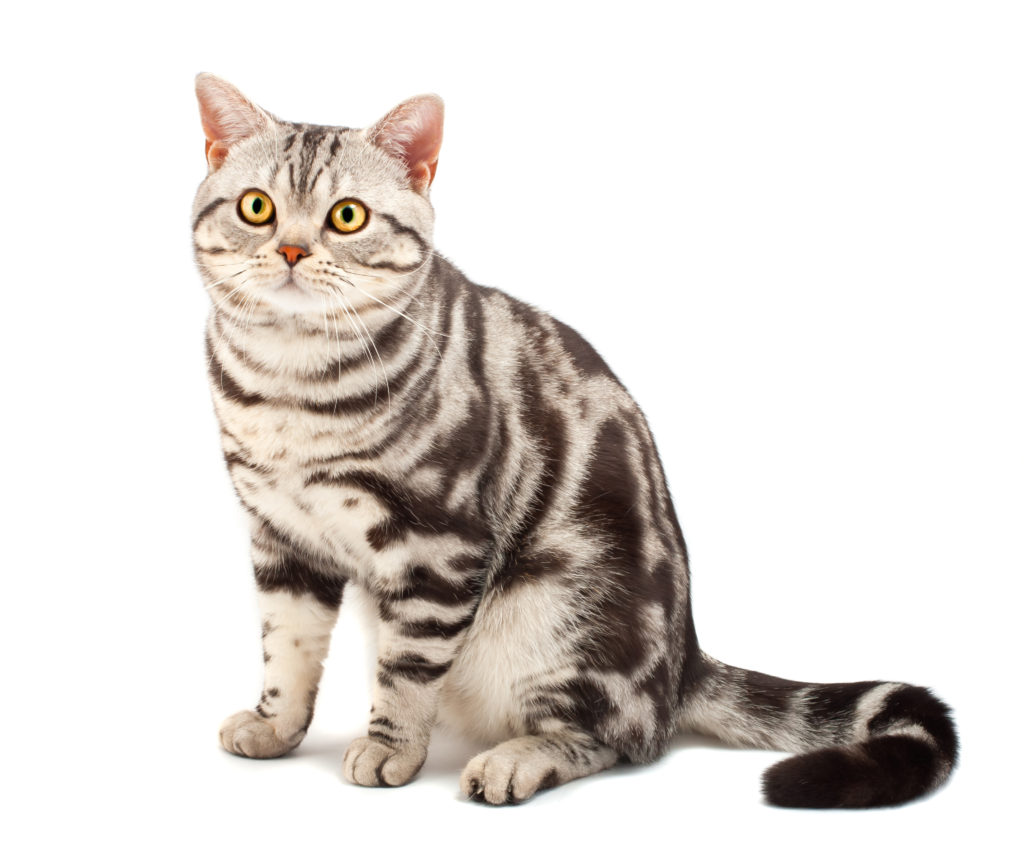 Many people speculate that the American Shorthair was on the maiden voyage of the Plymouth and many or ships that sailed to America. Their ability to hunt rats made cats a valuble part of a crew ship and it’s likely they were taken to “The Americas” on much earlier settlements in the original colonies. Those descendants of these seaworthy cats became what we recognize as the American Shorthair

The common cat wasn’t just valuable for their rodent hunting ability on at sea, but also on land. Business owners, farmers and the average household had the need for to protect their crops and food from mice and rats. The American Shorthair was a sturdy and voracious hunter that could easily adapt to the rough terrain of the non industrialized American continent.

They were officially recognized as a breed in 1906 by The Cat Fanciers Association or CFA. The American Shorthair is a thick and sturdy cat that must have some dietary control. After All, this cat survived eating only what it could catch in barns, shops and fields. This has programmed the love of food into its genes. The American Shorthair will eat at any opportunity that presents itself which can lend itself to obesity related problems.

Females are generally slightly smaller than males. American Shorthairs have large, wide (and wide-set) eyes that come in colors of blue, copper, green, gold, hazel and odd-eyed (the eyes are 2 different colors).

The American Shorthair’s coat is short and straight, coming in a bevy of colors, such as white, blue, black, cream, red, silver, gold, brown and cameo. This breed has several coat pattern styles, such as tortoiseshell, solid, calico and smoke. 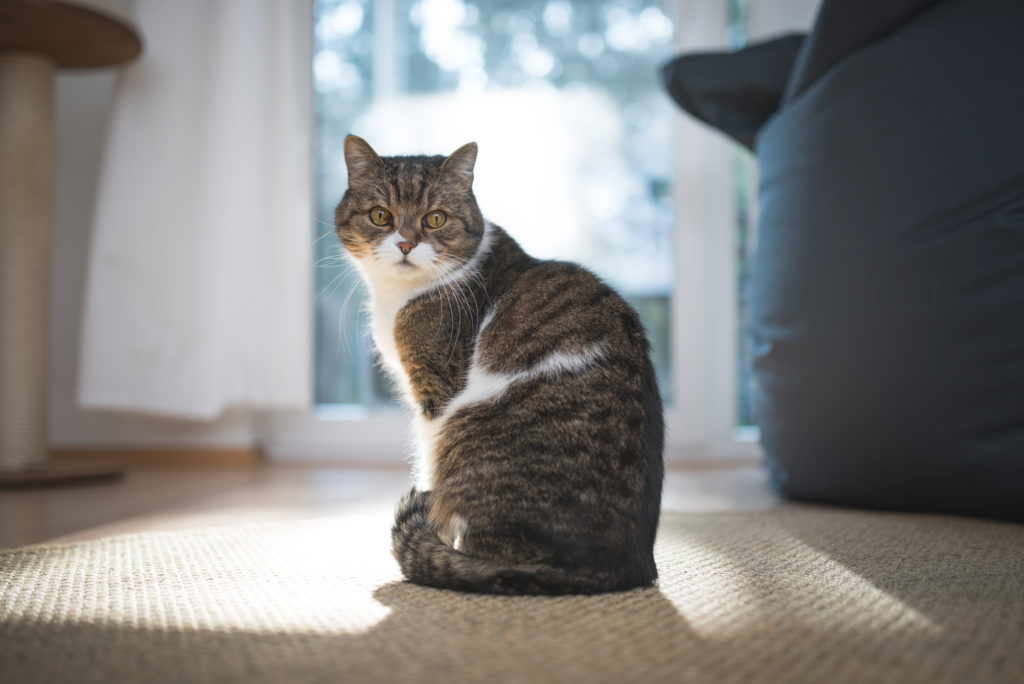 The American Shorthair is still a hunter at heart. They were bred to capture mice and rodents and they excel in this area, even in their “domesticated” forms. With over 1000 years of cohabiting with humans, the American Shorthair has learned to become a family companion as her more tame predecessors were more likely to be allowed the sanctuary of living in the home.

This gives the American Shorthair a medium temperament and a calm demeanor. It’s always important to remember that most cats, unlike dogs, were adopted due to their ability to hunt vermin and haven’t had the 1000’s of years of domestication that dogs have.

The American Shorthair is a medium to low active cat that enjoys playing with laser pointers and toys as much as any cat. They aren’t typically demanding of attention or activity as their predecessors got along with their owners by being a good working cat. The American Shorthair is anything but shy and they do have a sociable nature and clearly aren’t afraid of strange noises and visitors.

Don’t Pick Me Up

Most American Shorthairs are not typically fond of being held or picked up. This cat is born from  strong, resourceful ancestors that excelled at independence and has no problem standing on his own 4 paws. While the American Shorthair may not end up being a lap cat, they always appreciate the pleasure of your company and having a spot at your feet or next to you on the sofa. Some American Shorthairs will even enjoy taking their spot at the end of the bed.

American Shorthairs are generally healthy, but be sure to ask a breeder about the incidence of health problems in her lines and what testing has been done for any that are genetic in nature.

The American Shorthair’s coat is easily cared for by combing or brushing it a couple of times a week to remove dead hair and distribute skin oils.

It’s recommended that American Shorthairs are fed on a measured diet. They love their food and will usually overeat if given the ability to freely feed which can lead to obesity related issues.

The ears are another place where dirt can build up. The larger, more alert ears on the Shorthair can lead to some build up on the inside of the ear. Make sure to use cotton balls with warm water and gently scrub the interior of theirs ears. 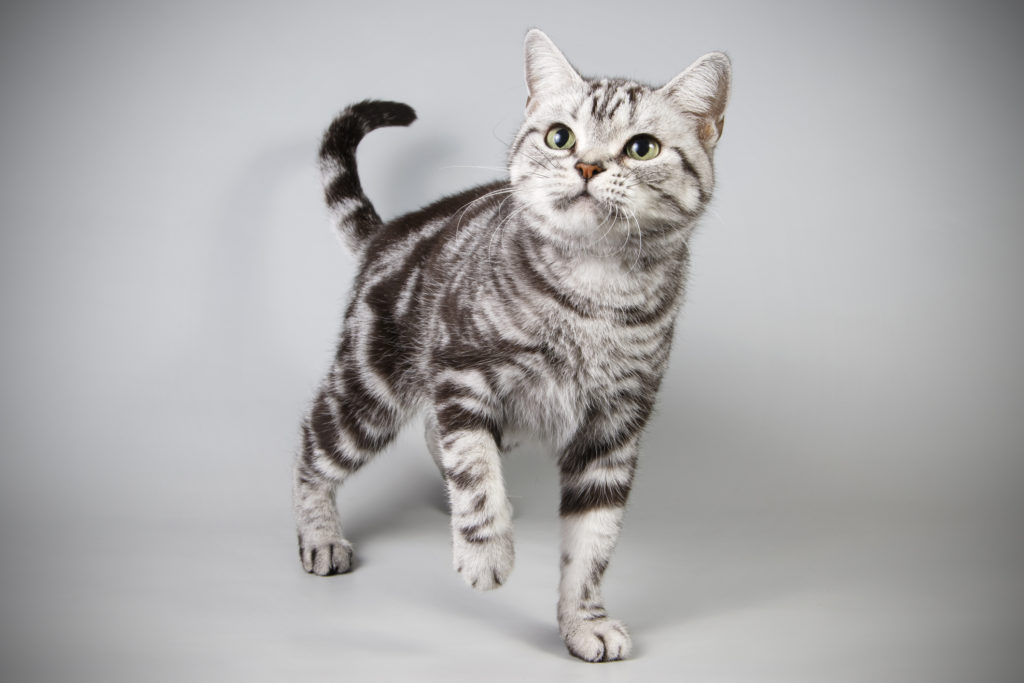