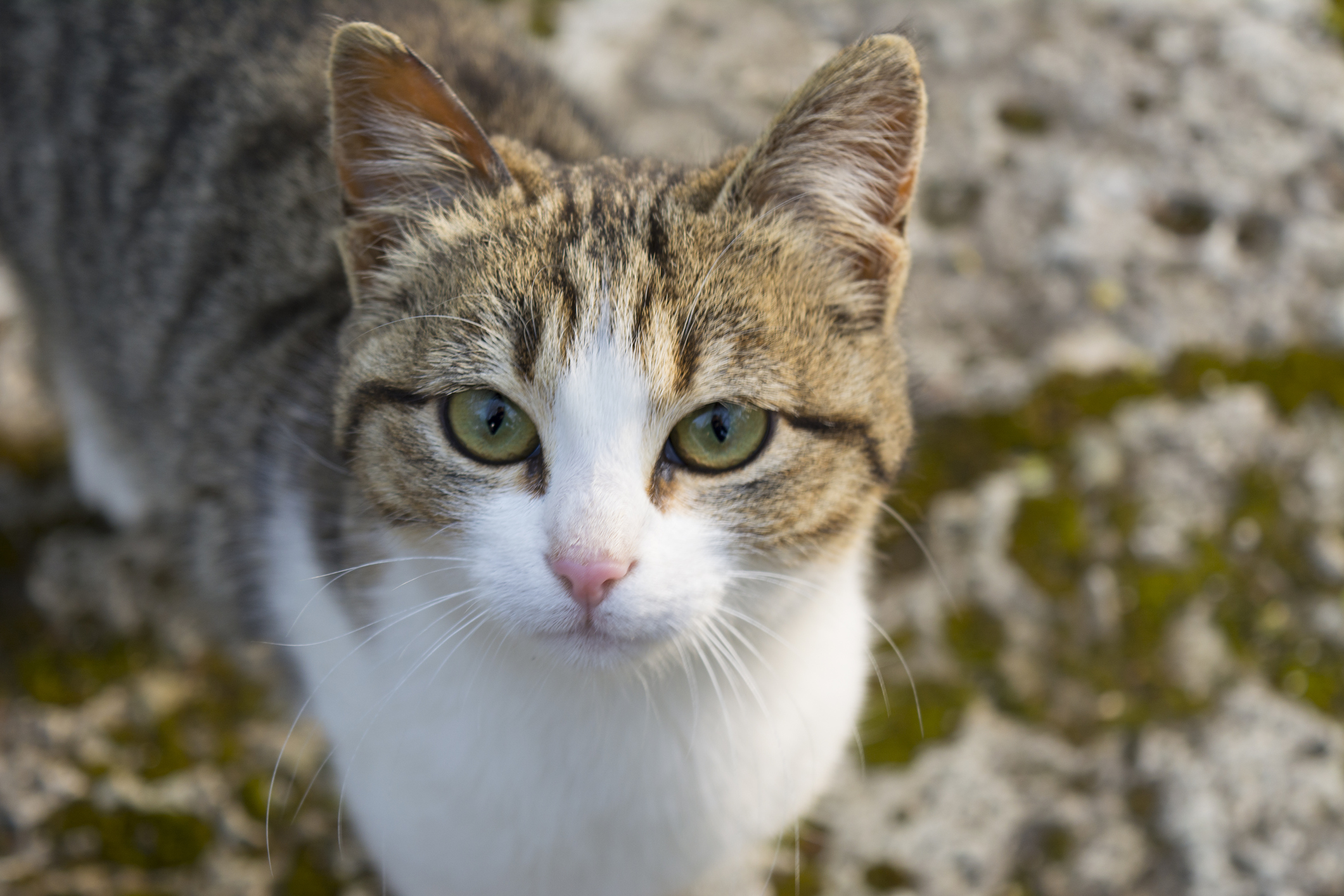 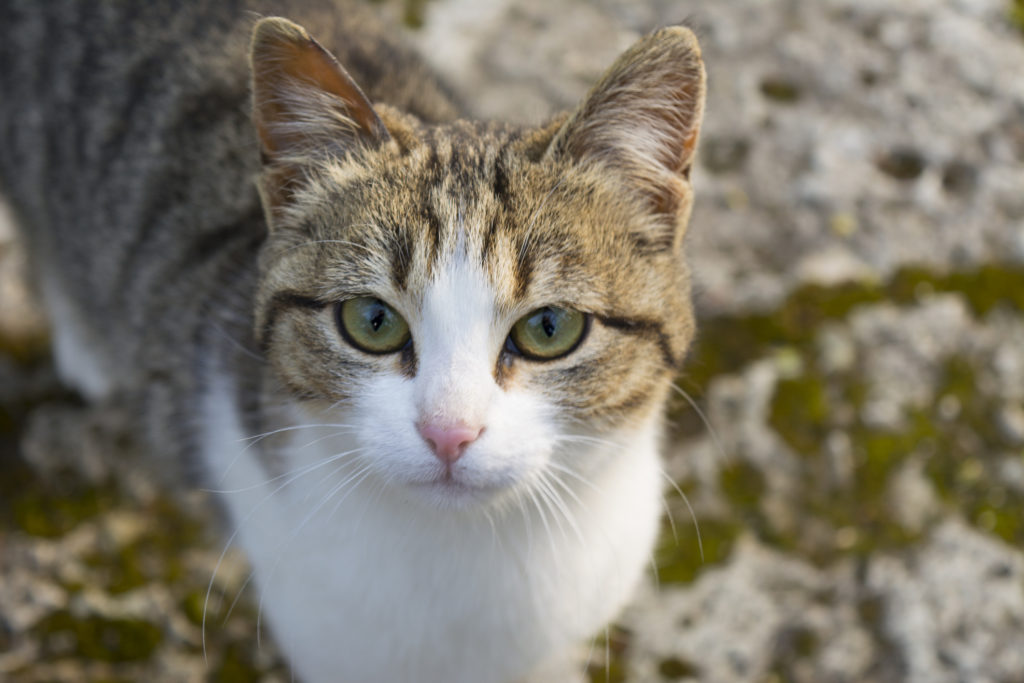 The coat is strange and unique, but the personality is pretty typical of a household cat. American Wirehairs tend to be calm and easygoing as long as they are shown respect and courtesy. Like most cats, they enjoy basking in the sun and catching the occasional insect that finds its way into your house.

You may have heard rumors that this cat is less allergenic due to its fur. That would be incorrect. Cat allergies are caused by dander, or dead skin cells, that all cats have.

The Wirehair coat looks as if it requires frequent maintenance, but anything is further from the truth. Their coats require almost no brushing or combing except during shedding season.

The breed of cat was spawned by a random genetic mutation that was first seen in a litter of kittens born to a domestic Wirehair. Only one kitten survived and that cat was bred with other American Wirehairs to produce what we know today as the American Wirehair. It received full recognition by the CFA in 1978 as an official breed but internationally is considered a type of American Wirehair 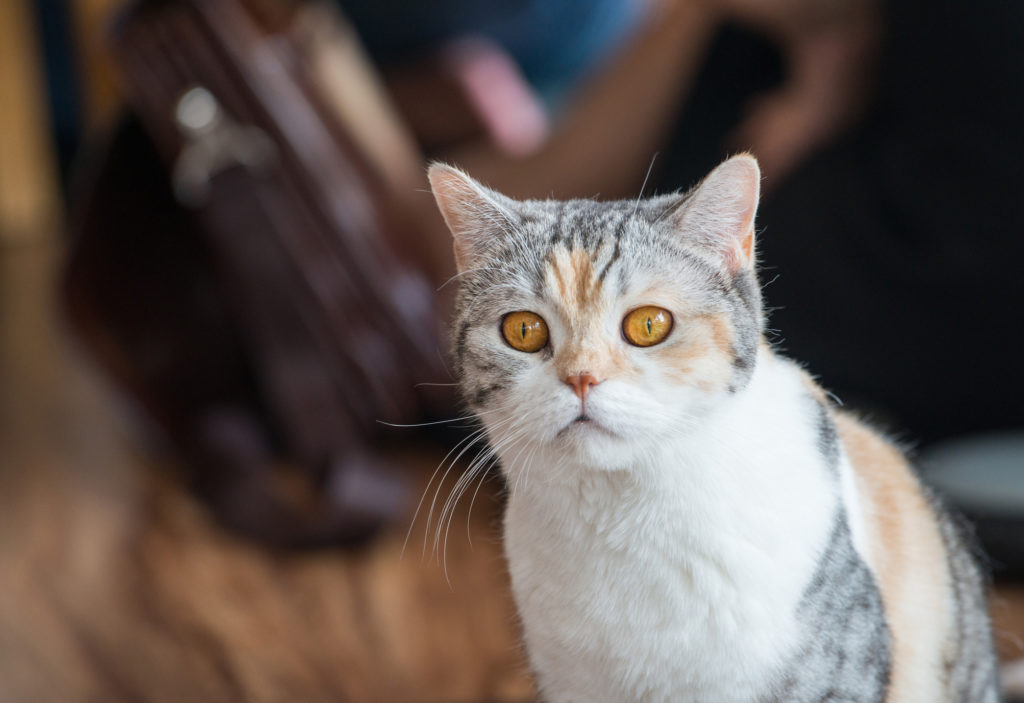 An American Wirehair can be expected to have much the same personality as the American Shorthair: adaptable, good-natured, affectionate and playful.

The wirehair is an athletic cat that is as playful as the next, but due to his genetic roots it doesn’t require a lot of attention. These cats come from ancestors that lived off rodents and vermin in barns and shops. They definitely know how to keep their own. This working class cat is sociable in nature and will follow people from room to room.

They take a keen interest to many of the things going around them, but aren’t afraid of strangers or guests in your home.

The American Wirehair is a medium to low active cat that enjoys playing with laser pointers and toys as much as any cat. They aren’t typically demanding of attention or activity as their predecessors got along with their owners by being a good working cat. The American Wirehair is anything but shy and they do have a sociable nature and clearly aren’t afraid of strange noises and visitors.

Don’t Pick Me Up

Most American Wirehairs are not typically fond of being held or picked up. This cat is born from  strong, resourceful ancestors that excelled at independence and has no problem standing on his own 4 paws. While the American Wirehair may not end up being a lap cat, they always appreciate the pleasure of your company and having a spot at your feet or next to you on the sofa. Some American Wirehairs will even enjoy taking their spot at the end of the bed.

American Wirehairs are generally healthy, but be sure to ask a breeder about the incidence of health problems in her lines and what testing has been done for any that are genetic in nature.

The American Wirehair coat is not a cat that needs frequent brushing. In fact, frequent grooming can damage their coat.

It’s recommended that American Wirehairs are fed on a measured diet. They love their food and will usually overeat if given the ability to freely feed which can lead to obesity related issues.

The American Wirehair is a perfect choice for families with children and cat-friendly dogs. He loves the attention he receives from children who treat him politely. He will get along fine with dogs if they give him space. The American Wirehair is not afraid of confrontation when necessary and given their skilled use of claws and teeth, it may be wise to take time acclimating him to new pets.

The American Wirehair is a skilled hunter, smaller animals like birds, guinea pigs, bunnies and ferrets are probably not the best companions to keep around your American Wirehair. If introduced at an early age, they can be taught to leave smaller household companions alone. 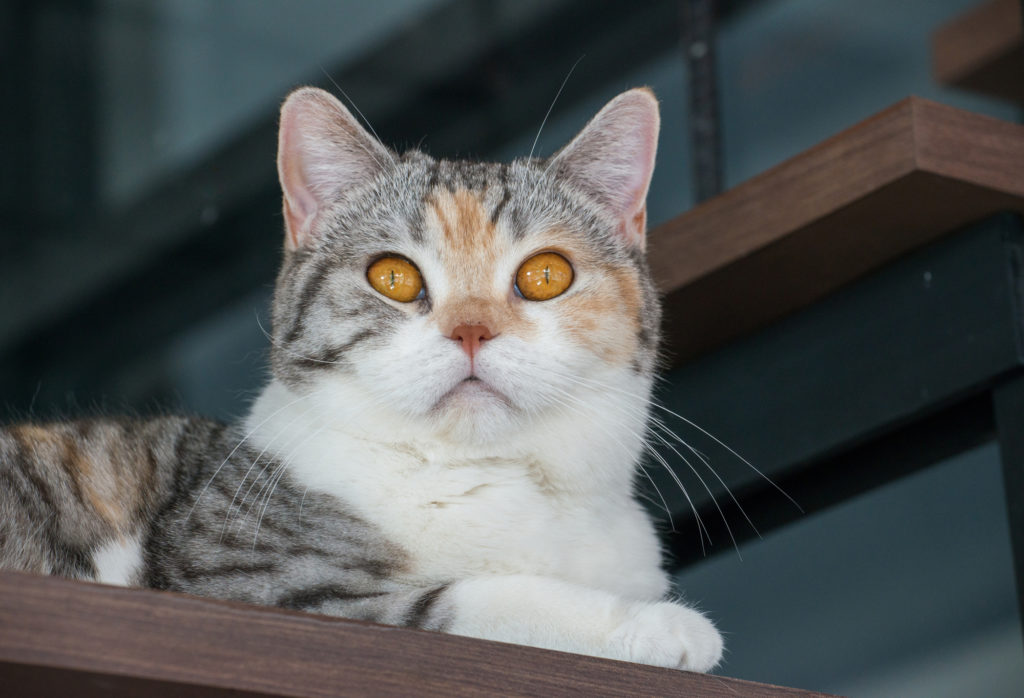