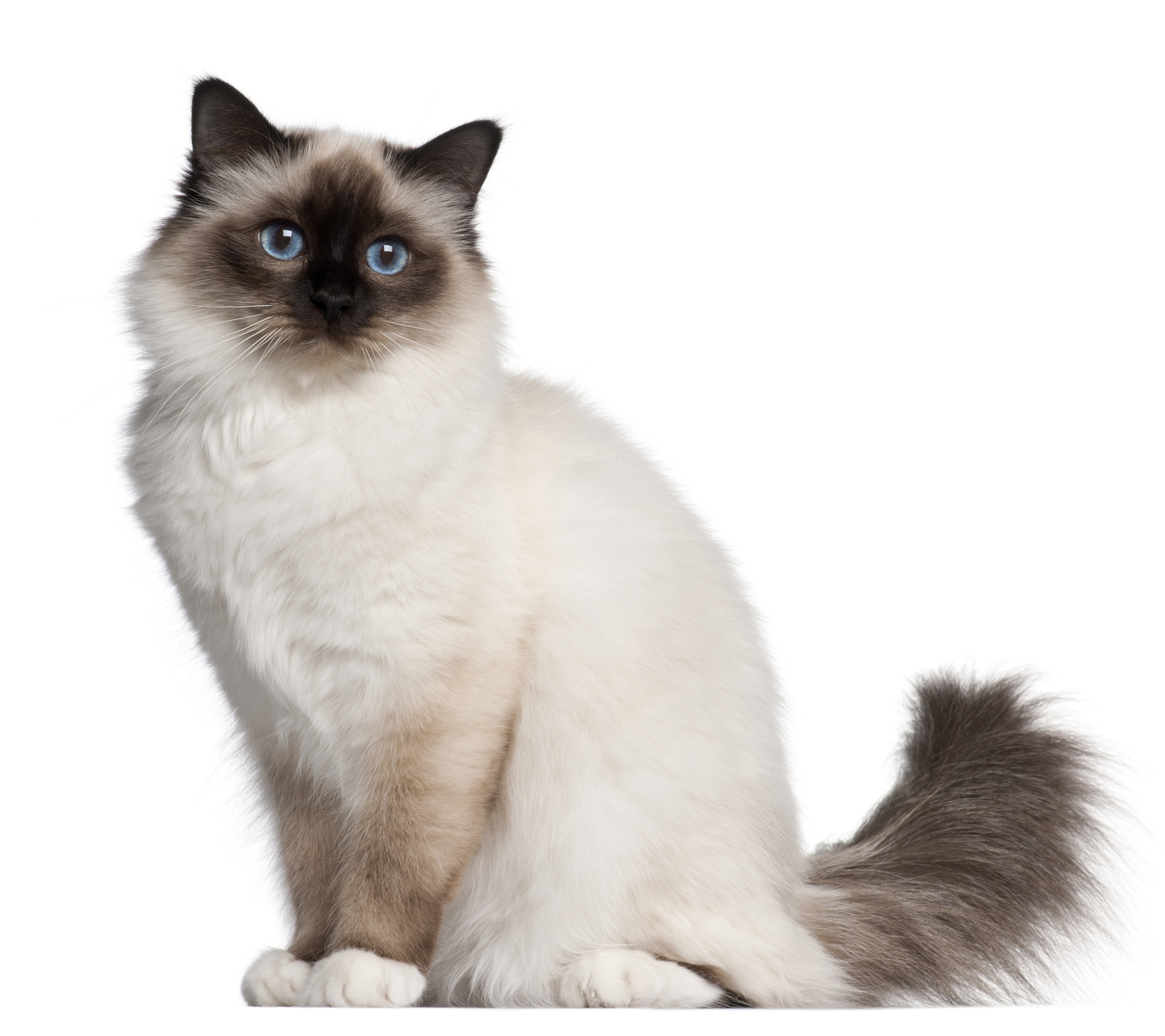 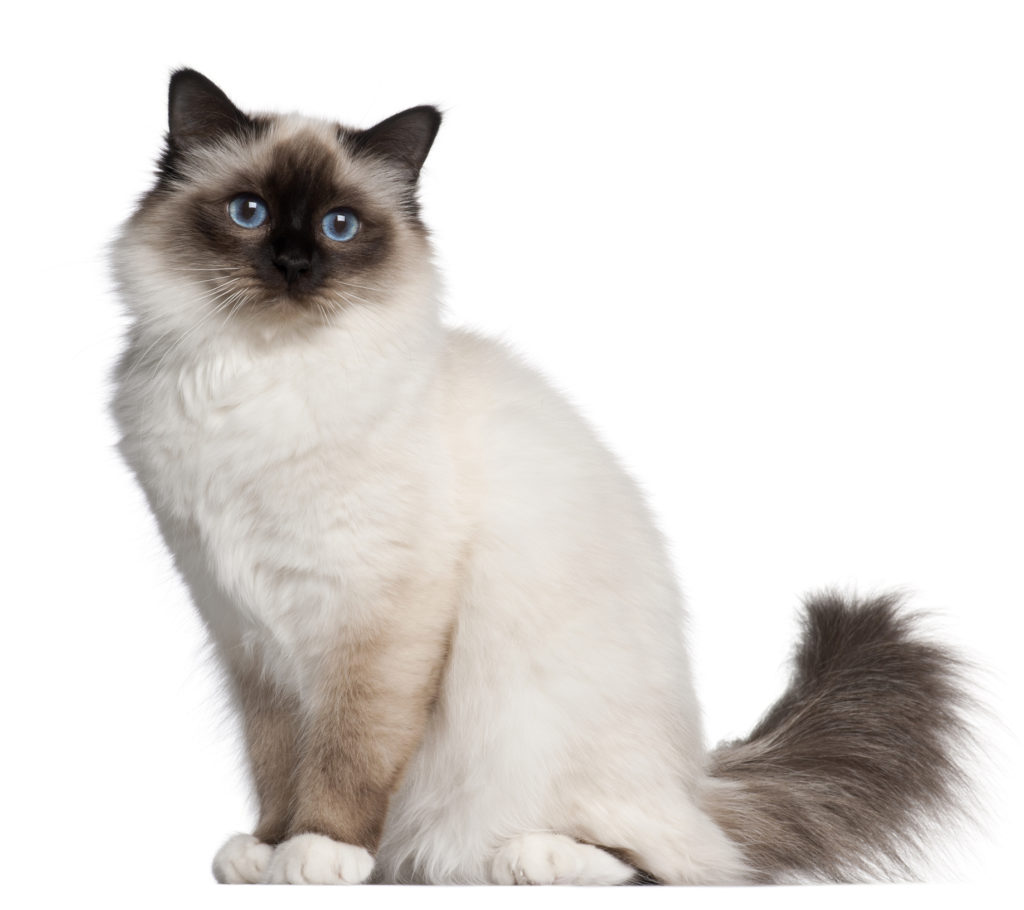 The Birman is sometimes referred to as, The Sacred Cat Of Burma. The myth goes, that they received their striking appearance by the hands of a blue-eyed goddess, who rewarded the Birmans love and devotion by turning their white fur into a golden color and changing their eyes to blue. The paws would remain white as a sign of walking on foundations of purity. It was believed that priest who died in the temples of Burma were reborn into Birman cats.

Now, this is just the history and the myths that surround the cat. No one really knows how the Birman came to be, but I’m willing to bet that if you decide to adopt one you can play with the fact that your cat might be an old, reincarnated soul.

It’s most likely that the Birman came to exists after someone mixed the breed of Siamese cats with some type of Angora or Persian… you know, how most cats are made. It’s not known where this meetup would have occurred, but my best guess is that somewhere in Southeast Asia, a cat breeder developed the first generation of the Birman. The blue eyes and pointed ears likely came as a result of European influence. It wasn’t uncommon to gift pests and animals to European travellers. 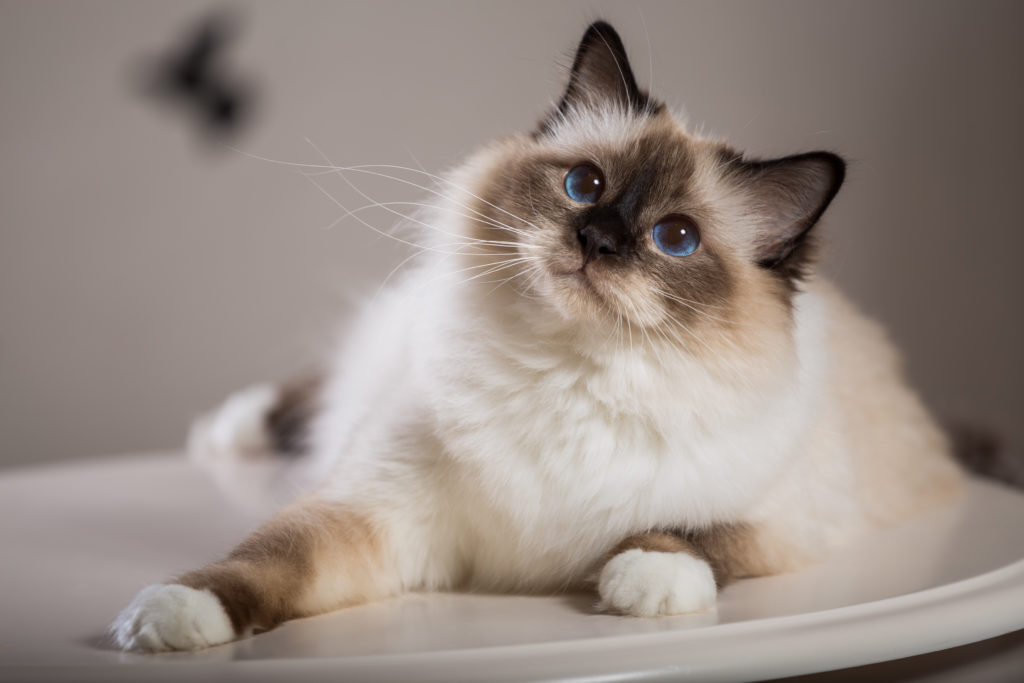 Birmans are soft spoken creatures that will let you know when they want a snack or it’s time for dinner in their distinctive voices. If the idea of the patterns on the Siamese cat seem appealing to you, but you’re not a fan of their chirpy voices, the Birman might be something you can love. This docile creature will follow you from room to room and love to get herself involved in what you’re doing. Fortunately, the Birman is nowhere near as aggressive and bossy as it’s Siamese cousin

Birmans are intelligent and curious creatures that enjoy exploring their environment to the depths of sometimes getting trapped in awkward cubby holes and crevices. Some might attribute this as an sign of their lack of intelligence, but either way you slice it, it’s probably a good idea to keep tabs on the Birman.

The Birman is as soft and cuddly as some of the most cuddly cats. They enjoy being held and typically have no problem with being a lap cat.

Any cat can have ailments that are related to any cat regardless of breed. It's important to always consult with your breeder about genetic concerns. The Birman is a generally healthy cat, but here are some health concerns that have been noted in this breed:

Although the Birman has a longer coat, it’s silky fur and texture shouldn’t mat easily. It’s important to comb your Birman to remove dead hair and keep their skin oils distributed throughout the coat. Birmans shed in the spring, so this is a great time to increase the groomings to help remove loose hair.

The Birman loves attention from children and are typically docile enough to deal with some of the more hands on play from children. It’s always a good idea to watch over your cat with children because all animals, no matter how friendly, can have their limits.

The Birman is also happy to live with cat-friendly dogs and generally have no problems with other cats as long as they have their separate areas to retreat from when alone time is needed. 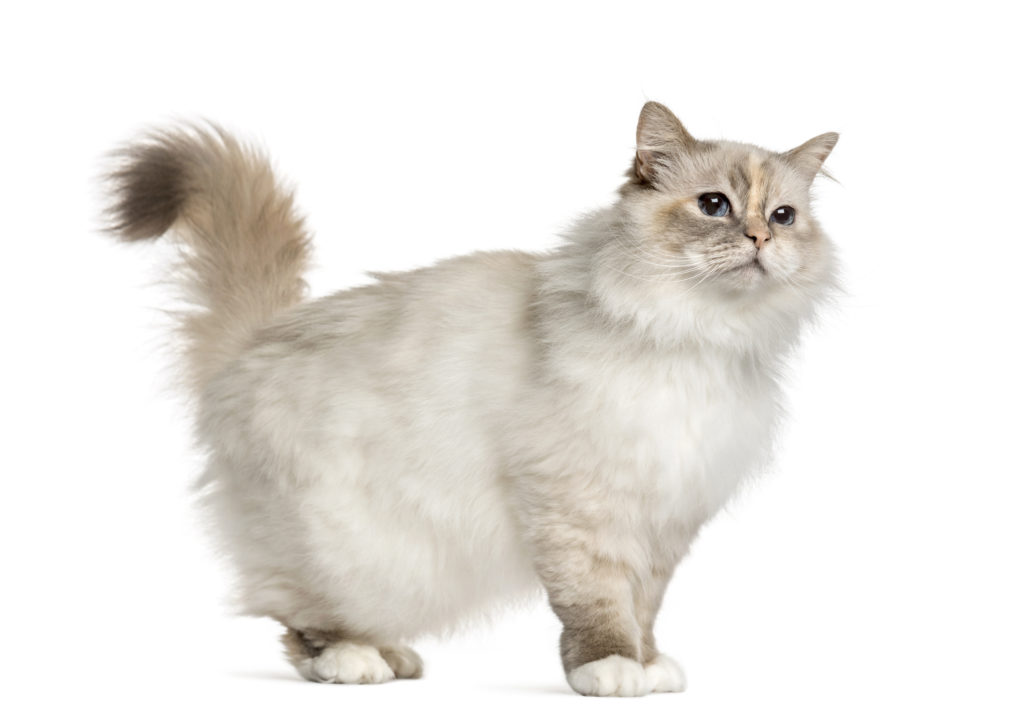