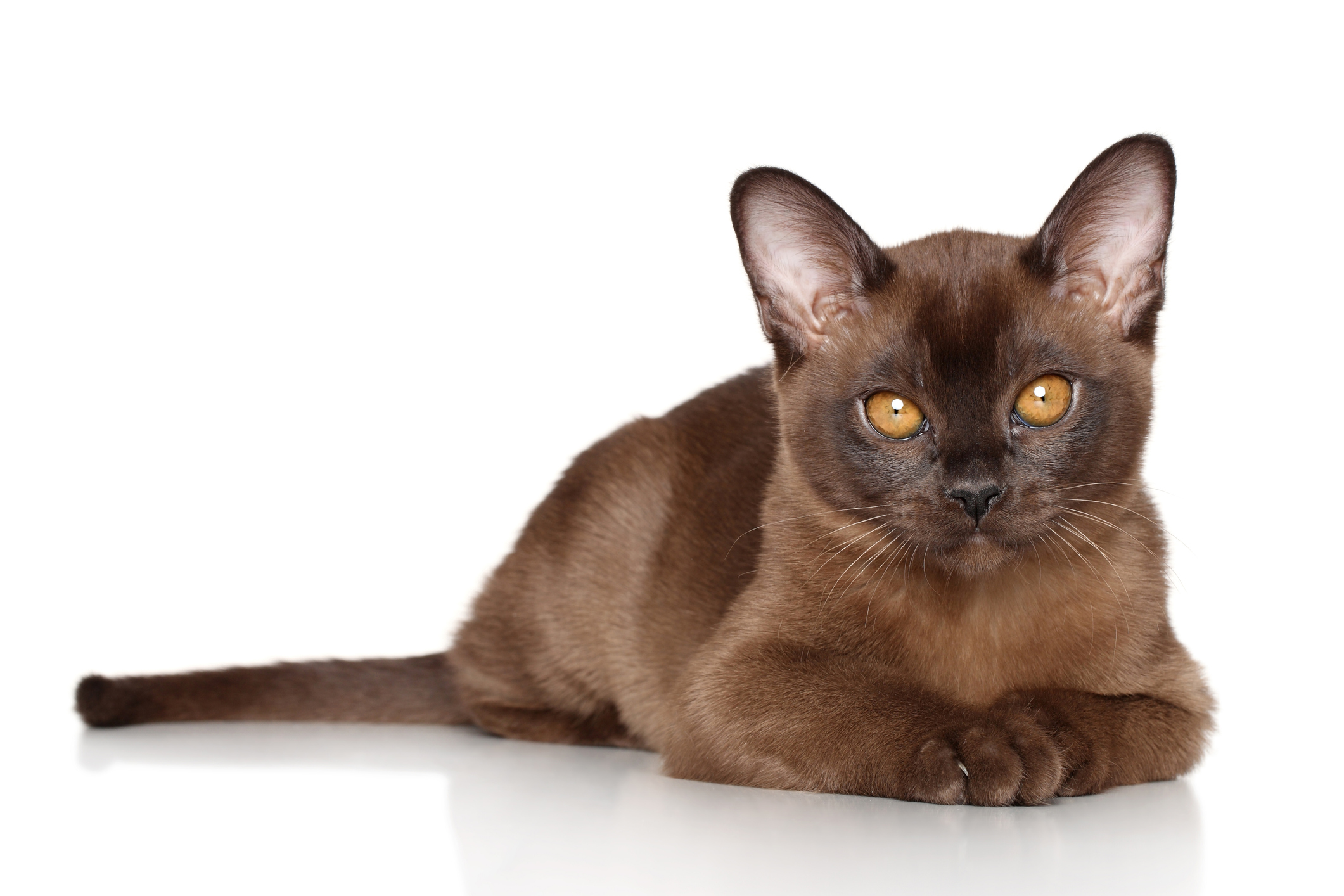 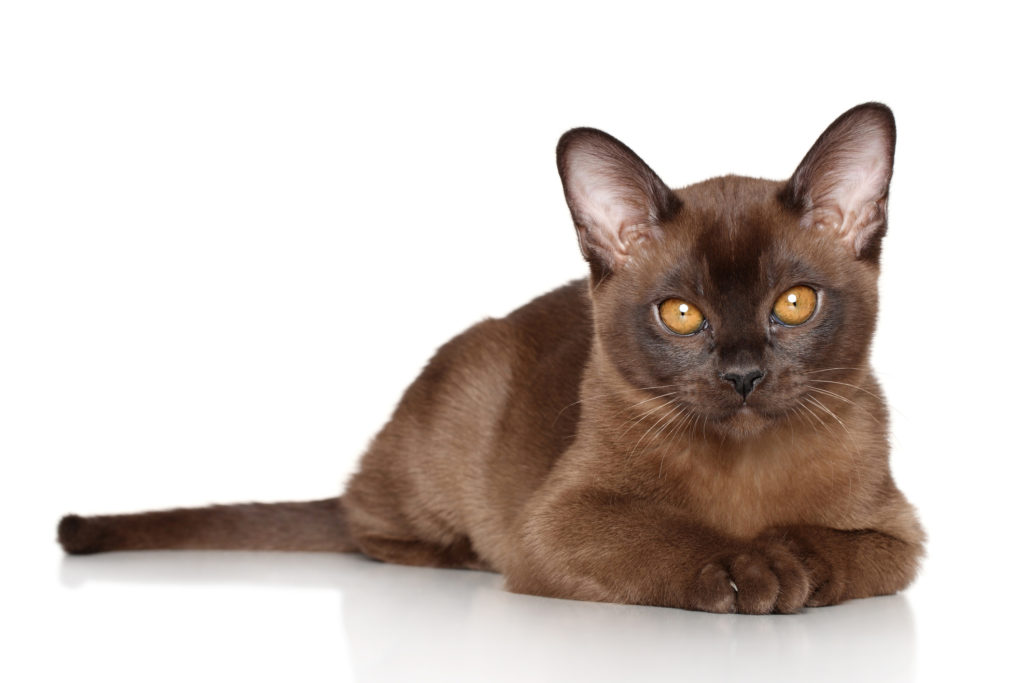 The Burmese cat is thought to be a temple and place cat kept by priest in Burma (modern day Myanmar). The Burmese often referred to as the Siamese of Burma due to their similar looks and appearance.

The first ancestor of the Burmese was a dark-brown cat named Wong Mau who belonged to a Dr. that as acquired or given as a gift depending on which story you choose to accept. It is believed that Wong Mau was the first Siamese breed with a chocolate coat because such a cat didn’t exist in the 40’s.

This brown, Siamese cat eventually popped up in Britain, but it’s widely known that they existed in Thailand from nature mating of free roaming cats in the area. This Dr. bred Mong Wau to a pointed Siamese and was so impressed with the results that he published an article in the Journal of Heredity. This was one of the first articles produced on feline genealogy as Dog genes and breeding were more widely practice in 1943 and this was the first discovery of the “burmese gene”.

The breed was widely accepted shortly after in the 50’s and is recognized by the CFA and other cat breed organizations. 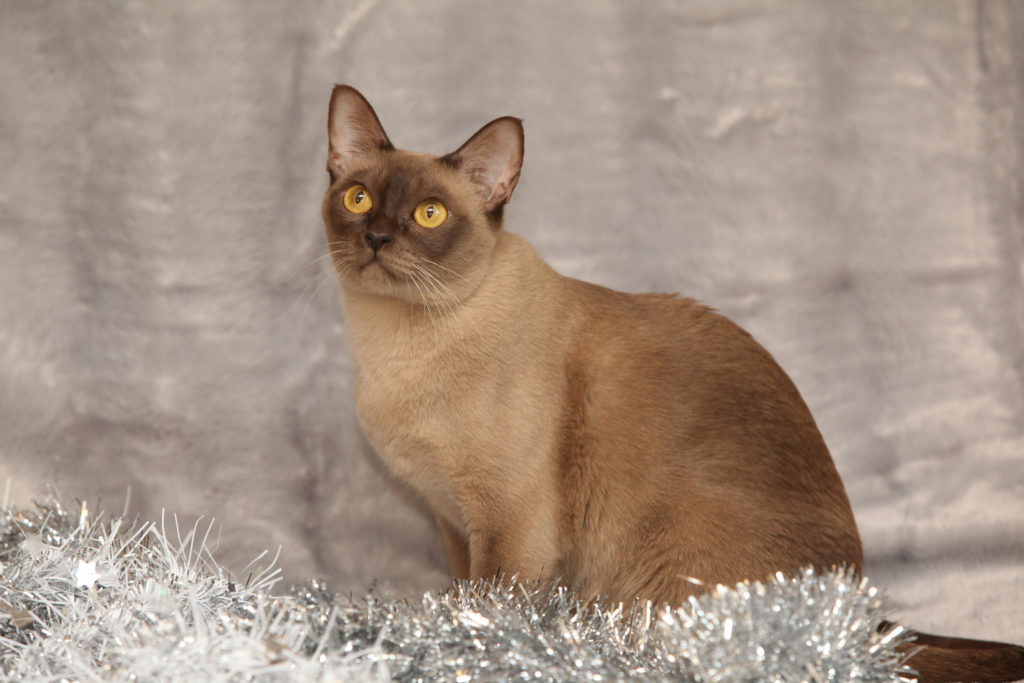 The Burmese has as very similar energetic temperament and charm as the Siamese. Because it was bred from Siamese cats, they enjoy being very talkative with a chirpy voice. They are very intelligent and constantly seek human attention. They are best in homes where they aren’t left alone for extended periods of time or in the company of another cat to keep them entertained and stimulated. They get along with most other dogs and cats, but Burmese are known to favor other Burmese cats. This is probably why Siamese cats are most notable thought of in pairs.

If you have a place that the Burmese can get into, expect him to explore it. There is no crevice that will be off limits to this breed if they can find their way into it. The Burmese remain active an playful even in adulthood. It’s best to have lots of interactive toys, play mice and gadgets to keep their attention. Burmese are capable of leaning all the basic tricks that most dogs can do and will even learn to play fetch and walk on a leash.

If you enjoy a cat that wants to be a part of every facet of your life, then the Burmese is your go to. This cat will want to be involved in everything you’re doing. Working on the computer? Burmese wants in. Watching television? Burmese wants in. Trying to use the bathroom, but left the door slightly open? Burmese DEFINITELY wants in. How dare you escape to a closed room where she can’t join.

A true lap cat in the sense that there will be no empty laps if the Burmese has its way.

Any cat can have ailments that are related to any cat regardless of breed. It's important to always consult with your breeder about genetic concerns. The Burmese is a generally healthy cat, but here are some health concerns that have been noted in this breed:

The soft, short coat of the Burmese is easily cared for with weekly brushing or combing to remove dead hair and distribute skin oil. A bath is rarely necessary.

The active and social Burmese is a perfect choice for families with children and cat-friendly dogs. As long as children treat him with respect, they are great companions. 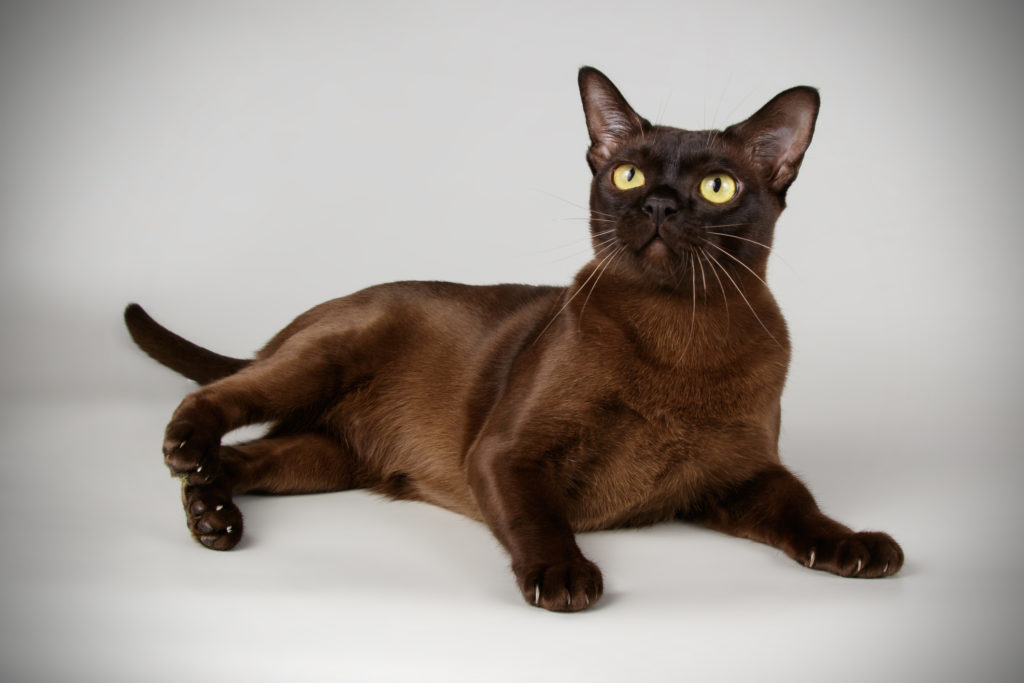