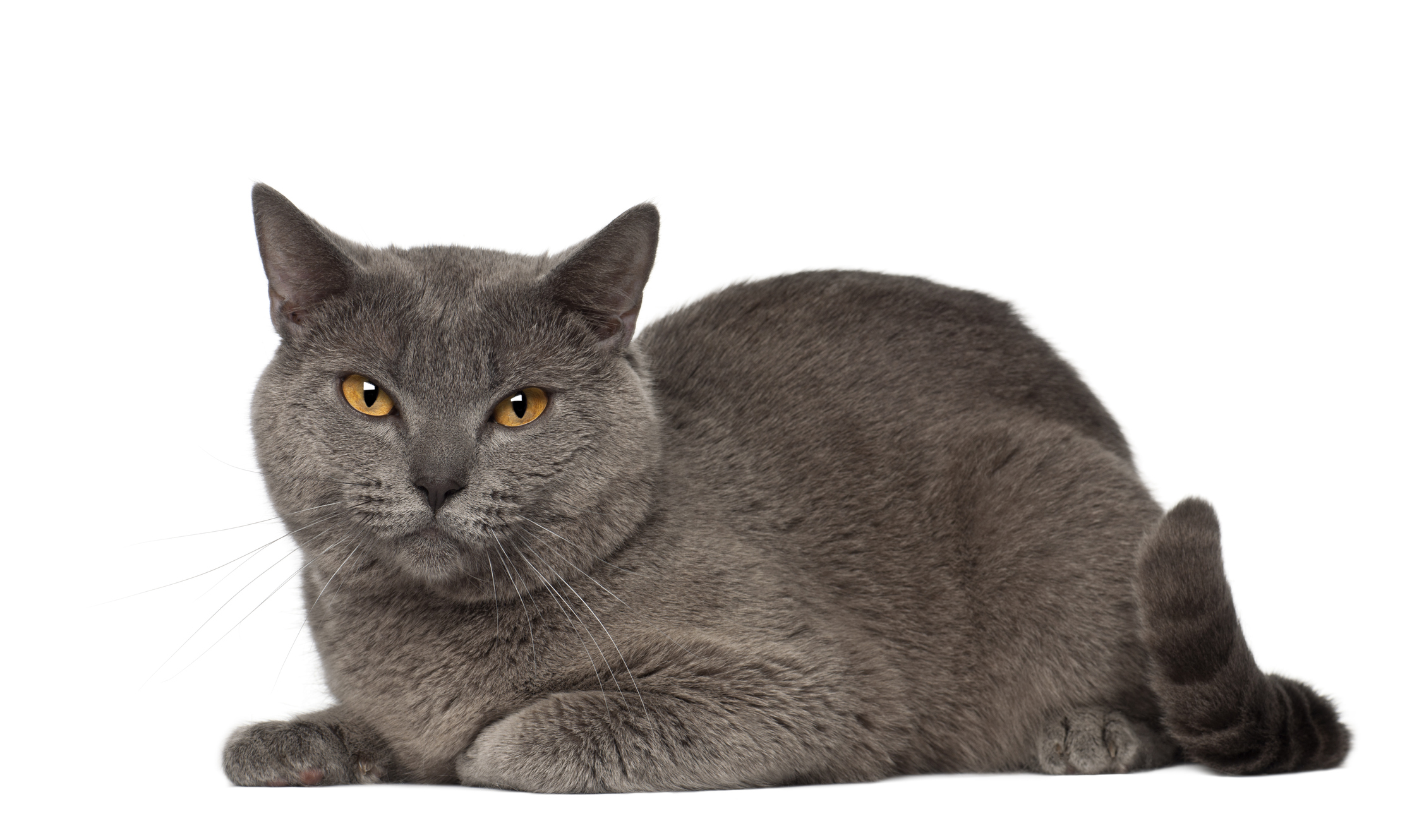 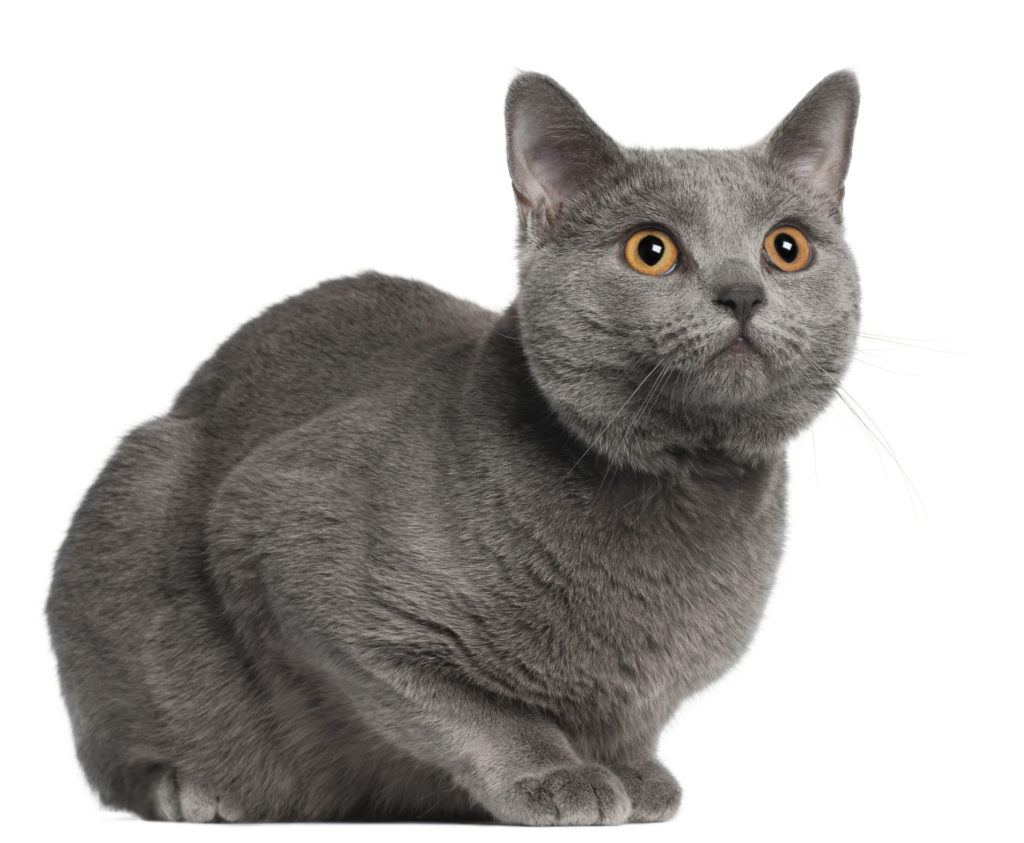 Named after the Carthusian order in France, the Chartreux would have been a perfect companion for the silent members of the order. The story is compelling, but there are no historical facts that prove Chartreux were raised and kept by the Carthusian. It is possible that their pets didn’t make the history books. I’m not sure many people know that Abraham Lincoln was crazy about cats.

The Chartreux is a natural breed that was commonly found in France during the 18th century. Like most cats, they were kept to rid stables, shops and homes of mice and other rodents. The Chartreux was also used for it’s thick pelt. Pile de Chartreux is a wool that was used in clothing around the time.

It’s not really known how the name came to be as there were lots of free-roaming cats in Paris around the early 1900’s. The Persians didn’t find much use for them other than their ability to hunt rodents and their pelts. Shortly after WWI the French took to breeding cats and organizing the breeds with pedigreed standards. The cats were eligible to enter shows in the late 20’s.

Chartreux, which are still uncommon, were first imported into the United States in 1970 and were recognized by the Cat Fanciers Association in 1987. Today the cats are recognized by all major American cat associations 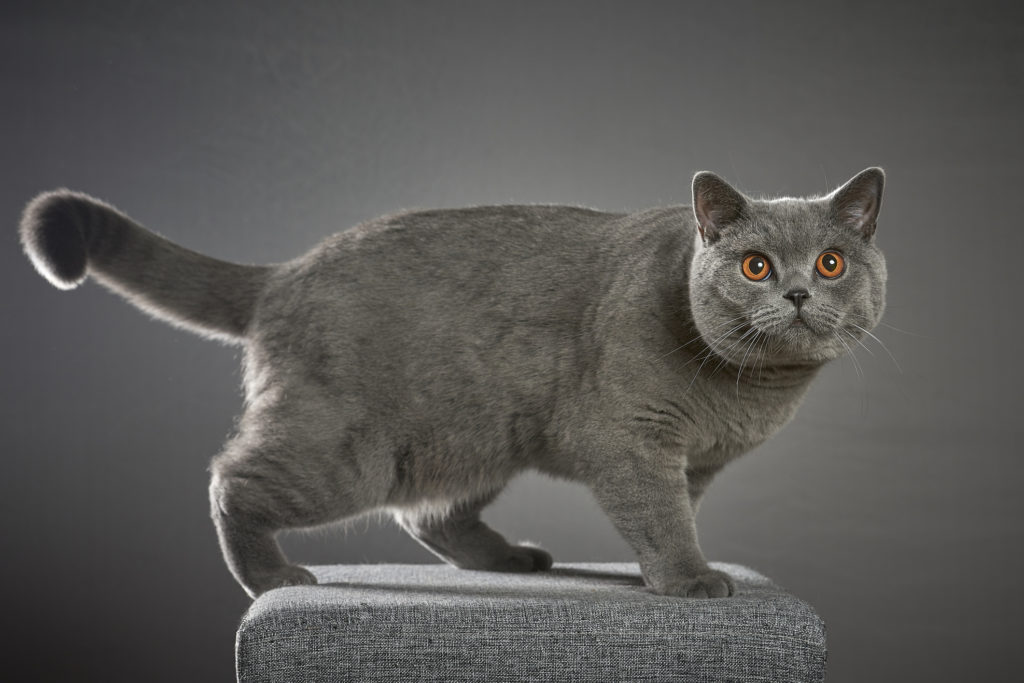 I’m not sure if they are compared to mime’s because they are silent or because they are silent and French. While this breed isn’t known for his talkative abilities, they certainly have the ability to be playful and can speak when necessary to let you know they need something. The breed, like most working cats, is a skillful hunter and you will notice their abilities as they attempt to kill their toys.

They aren’t typically demanding breeds, although they do enjoy following their owners closely and will be happy at any attention you throw their way. The Chartreux will rarely use their voice. Instead they opt for staring at you with their deep orange colored eyes until they get your attention. They may communicate with a chirp. It’s important to occasionally check on his whereabouts because the Chartreux can be so quiet.

The Chartreux isn’t an outgoing breed. They often opt for being more reserved on greeting new faces and would rather wait in the distance, carefully observing, before joining the situation,

This calm and reserved nature makes the Chartreux a great cat for working professionals that are away for many hours of the day. As long as there are enough toys and treats to play with, he should be fine. The Chartreux doesn’t mind other cats or even dogs. As long as you maintain some consistency, they should be pretty happy. After All, this cat earned it’s beginnings be being a worker and not expecting much from humans other than the occasional attention and possible a few meals when the hunting wasn’t as successful as it could be.

Because they are so well behaved, this is a cat that doesn’t find itself creating mischief.

Any cat can have ailments that are related to any cat regardless of breed. It's important to always consult with your breeder about genetic concerns. The Chartreux is a generally healthy cat, but here are some health concerns that have been noted in this breed:

The Chartreux short, thick coat is easy to care for with weekly brushing. The coat sheds in the spring and may require extra brushing during that time. A bath is rarely necessary. If your Chartreux does require a bath, remember that it can take time to get the water-repellent coat wet enough for bathing.

The tolerant and gentle Chartreux fits nicely in a home with children. He is more likely to walk away than to scratch if he doesn’t like the way he is being handled. Parents with young children should always supervise interactions to make sure the cat isn’t mistreated. He is happy to live with cat-friendly dogs, too, thanks to his amiable disposition. Introduce pets slowly and in controlled circumstances to ensure that they learn to get along together. 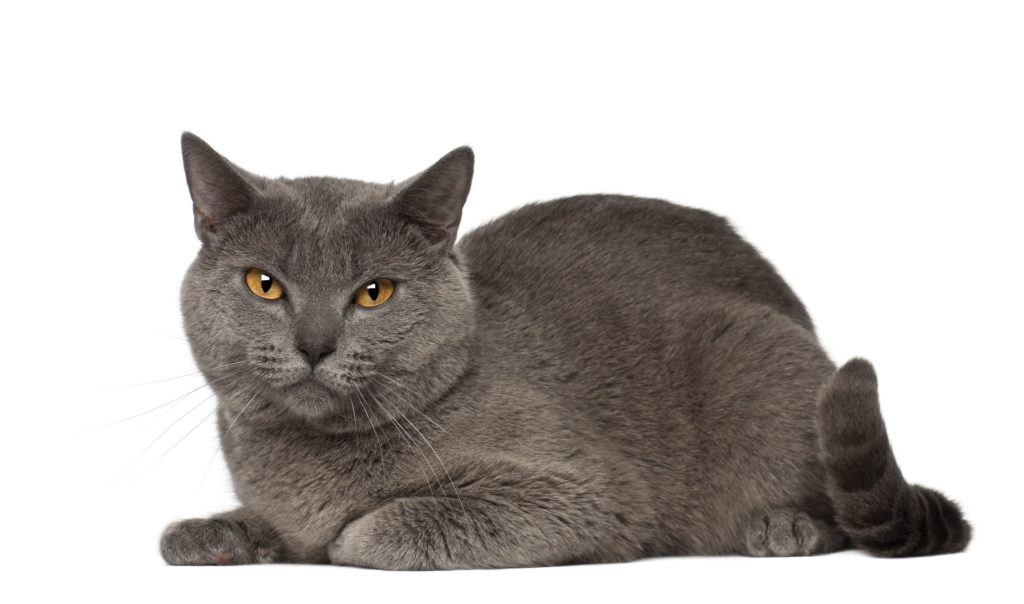