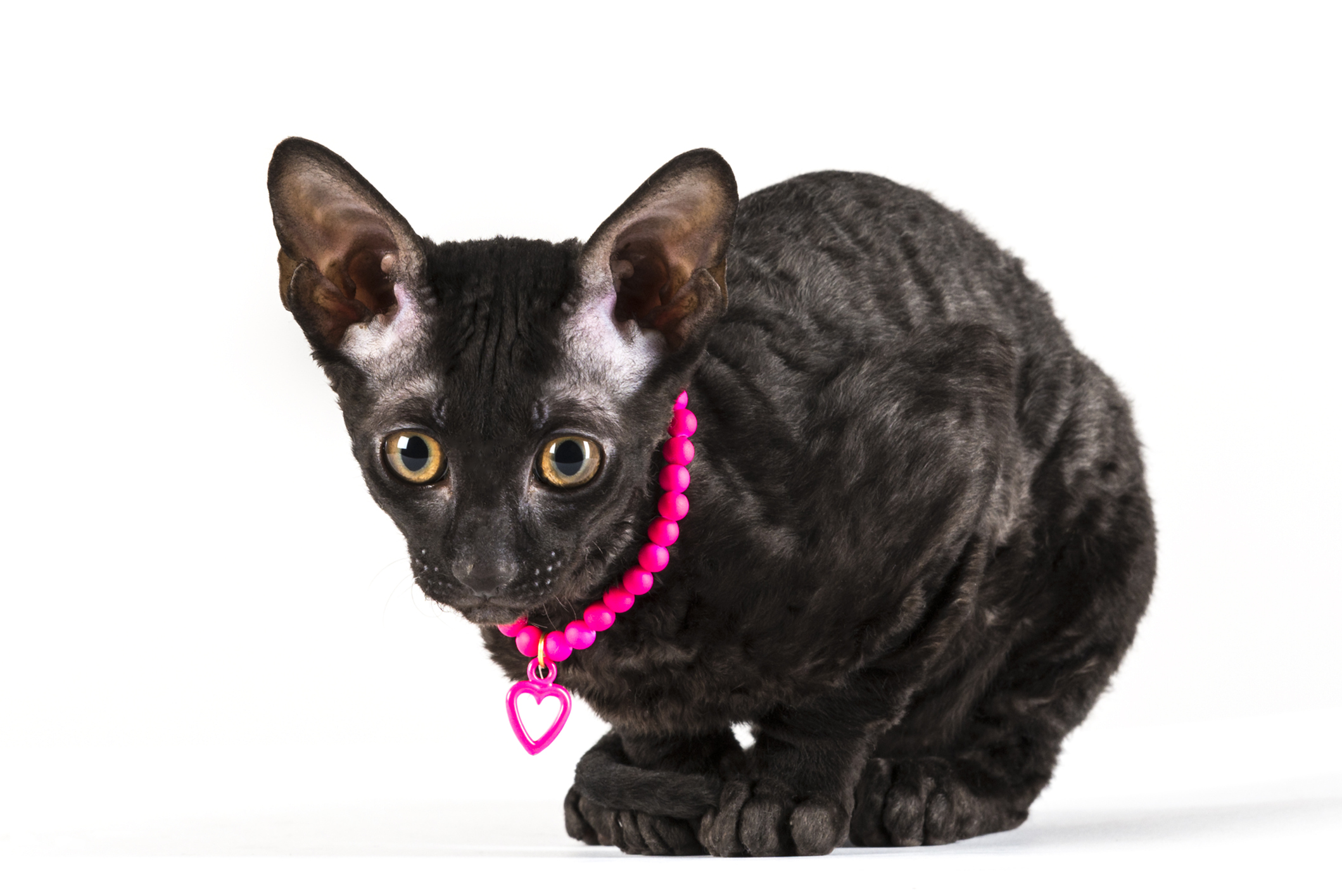 The Cornish Rex is without a doubt, one of most unique and interesting domestic cat breeds in existence. If this is a breed that you own, expect lots of genuinely confused questions that are almost borderline offensive.

“Excuse me… How did you get your cats fur to do that?”

​ Named after Cornwall, the birthplace of King Arthur, the Cornish Rex is definitely a unique cat.

The curly-haired Cornish Rex is a modern cat breed that originated with a litter of kittens born on a farm in Cornwall, UK. One of the kittens, Kallibunker, had an extreme unusual, curly coat of fur and is known as the first Cornish Rex in existence. He was bred with other variations of cats to reproduce the curly haired gene and thus the Cornish Rex was born.

The word Rex became synonymous with a curly haired when King Albert I of belgium entered curly haired rabbits into a show. Rather than offend the king by rejecting these rabbits that didn’t meet breeding standards, the show officials simply wrote “rex”, latin for King, next to the rabbits names. 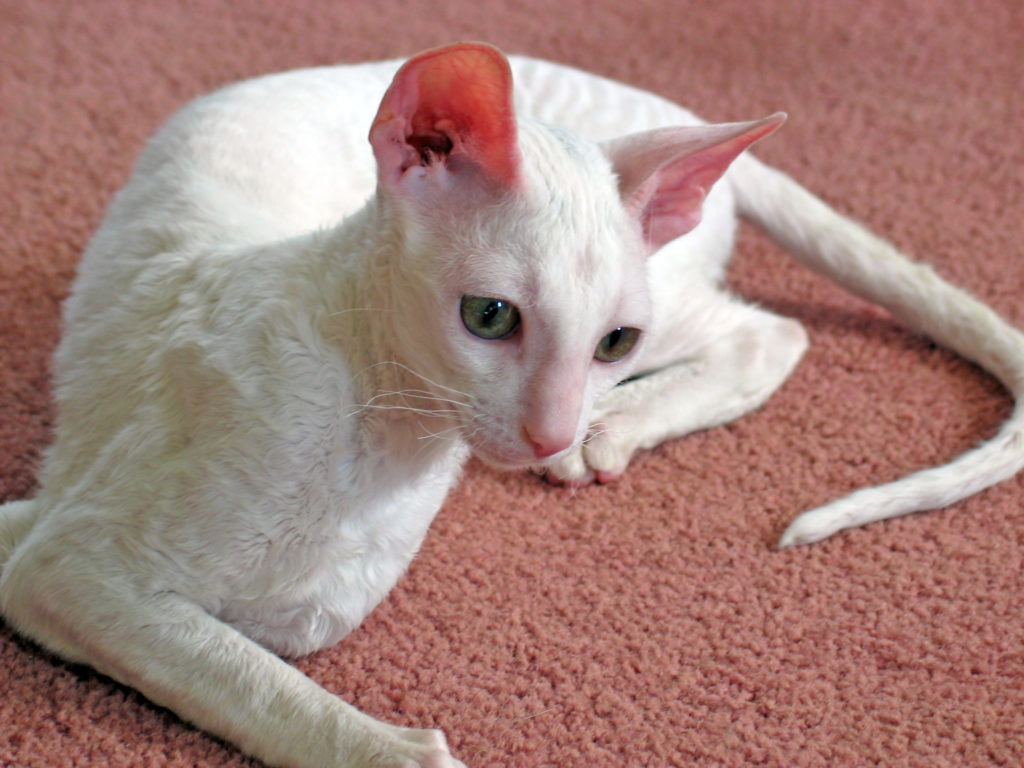 The Cornish Rex might have come from King Arthur's hometown, but this smarty cat is anything but stuffy and regal. They are extremely playful, love attention and are open to learning more tricks than most dogs. They have extremely good jumping skills and you’ll often find them perching on the highest point in your home. They have long and nimble toes that allow them to hold object and even open doors and cabinets.

The Cornish Rex enjoys the company of their owners and will happily follow you around waiting for the opportunity to be picked up, rubbed or jump in your lap. They are great at being held which makes them wonderful cats to have around children. The Cornish Rex is active and enjoys running around at speed. Their thin bodies and sleek profiles give them the appearance of  race dogs.

The Cornish Rex is an affectionate cat, but not a good fit for pet owners looking for a more quiet and reserved cat that is seen and not heard. The Rex isn’t talkative, per say, but they have no problem letting you know their opinion if necessary. The Cornish Rex is known for keeping his youthful exuberance into adulthood and they will likely never lose the fun behavior that you often see in kittens.

They thrive in homes where they are garnered with constant love, affection and attention.

Any cat can have ailments that are related to any cat regardless of breed. It's important to always consult with your breeder about genetic concerns. The Cornish Rex is a generally healthy cat, but here are some health concerns that have been noted in this breed:

Grooming the Cornish Rex is typically as easy as brushing your hand over his coat. Some Cornish Rex cats have a longer or woollier coat, however, and may need some help from a soft bristle brush or fine-tooth comb to keep their coat looking neat. Groom gently so you don’t break the delicate hairs. The best thing about a Cornish Rex coat is that the hairs are so fine that they aren’t very noticeable on clothing and furniture.

The Cornish Rex feels warm to the touch, but he is always seeking warmth. If you are cold, he probably is too. Buy him a nice sweater or two to help him retain heat.

The active and social Cornish Rex is a perfect choice for families with children and cat-friendly dogs. He will play fetch as well as any retriever, learns tricks easily and loves the attention he receives from children who treat him politely and with respect. Introduce pets slowly and in controlled circumstances to ensure that they learn to get along together. 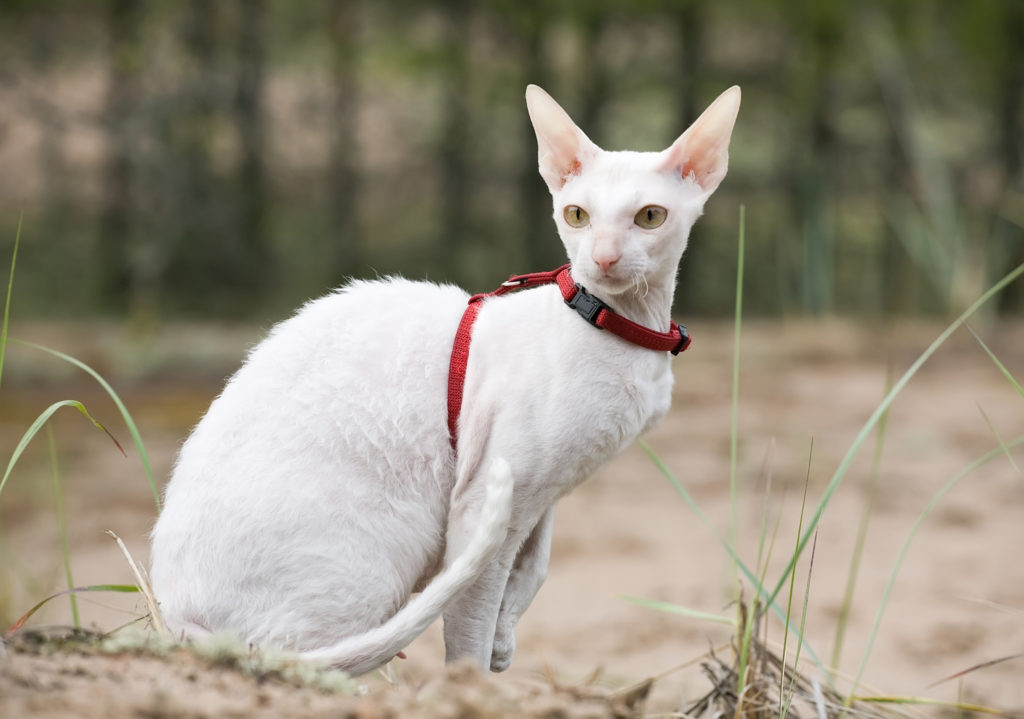