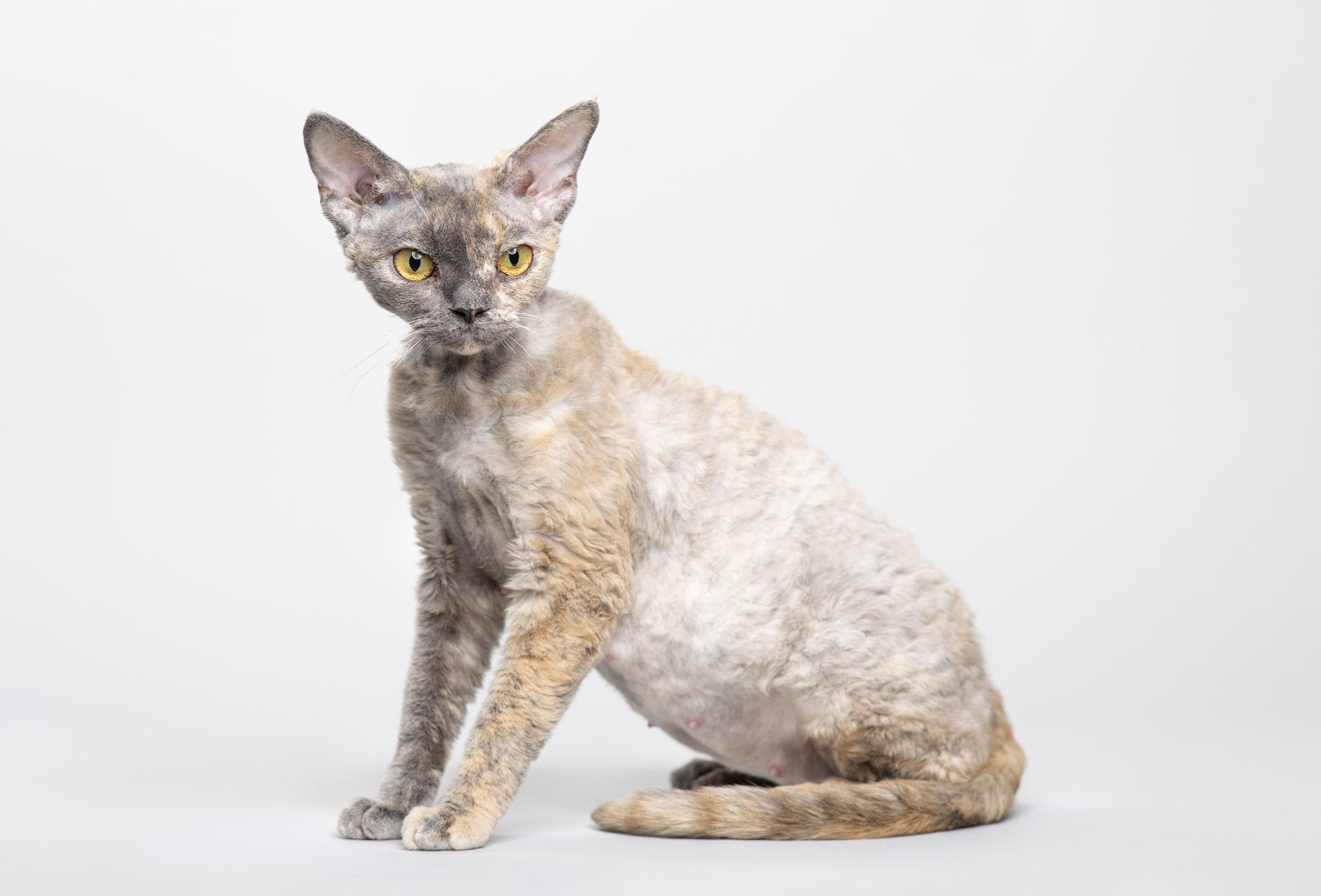 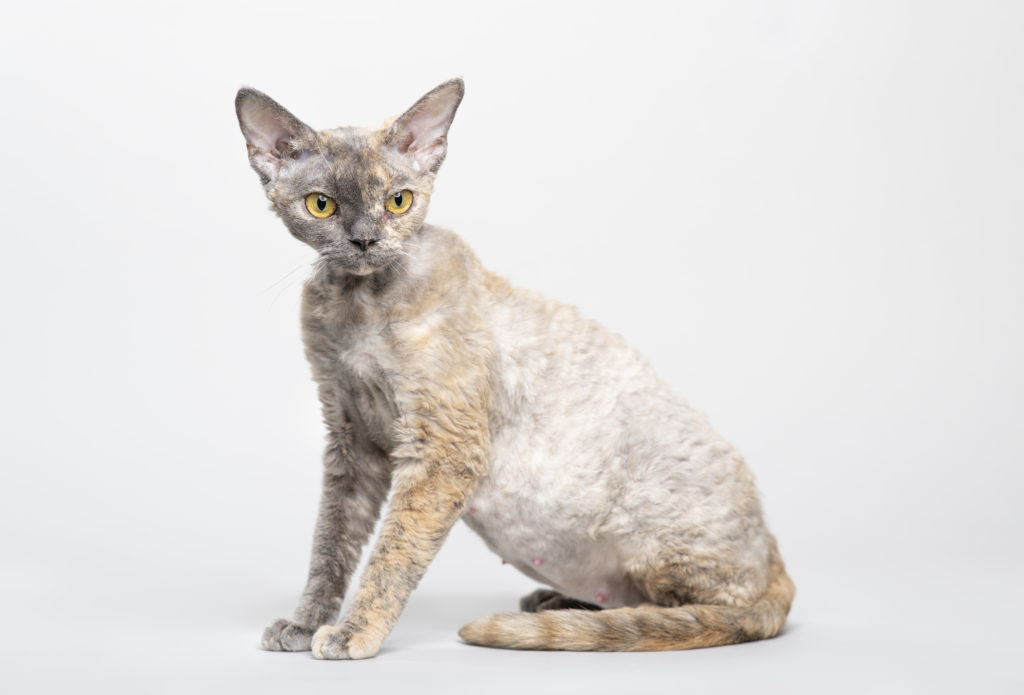 When the Cornish Rex started appearing on the scene of cat shows, lots of people became very intrigued an interested. Their photos were displayed in newspapers and the idea of a cat with wavy/curly hair was thought to be completely unique. A woman, who lived in Devon, England lived near a colony of cats that also had curly coats. She even owned a kitten that had a curly coat. She just assumed that one of the free-roaming cats around her house was the father of her kitten.

She named the kitten Kirlee and it was thought that these Devon Rex cats shared the same genetic makeup as the Cornish Rex. Further breeding and test proved showed that the Devon Rex was a unique cat in it’s own right. It was the result if a completely different, but natural, genetic mutation. Kirlee was now the first of it’s kind and a new breed, the Devon Rex, was born. Years later, the breed was introduced to the United States and The Cat Fanciers Association gave the breed full recognition in 1979 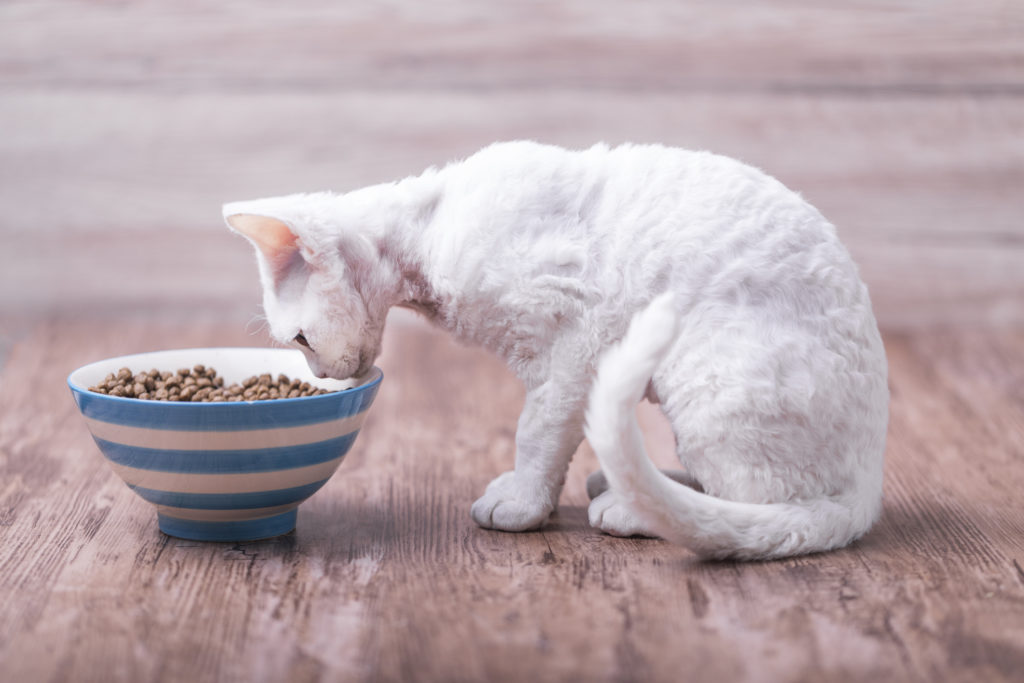 The Devon Rex is a jumper. Their favorite places are high up shelves and cabinets that are at eye level of their human companions or often looking down upon everyone. The Devon Rex is a curious cat that takes an interests in the activities of the household. If you enjoy a cat that wants to be as near as you as possible, then the Devon Rex is your kind of breed.

The Devon Rex has a medium level of energy and activity. That’s not to say he is lazy, but they aren’t typically known for running around for hours on end. Like most cats, toys and interactive puzzles will keep their entertained and occupied if you’re gone for hours of the day.

Don’t let the Devon Rex’s slim profile fool you, this cat enjoys food and if you’re not careful with their diet, The Devon Rex will happily add on weight from overeating. This is likely a genetic trait from their past of being stray cats where food is typically always scarce. The hair on the Devon Rex isn’t particularly the warmest and you will often find them looking for warm places. If you’re cold, it’s likely they are too.

Don’t be alarmed by the brittleness of their hair. It’s completely normal for the Devon Rex to have less hair in some places on their body. This is especially true of the areas that they can reach and lick.

Any cat can have ailments that are related to any cat regardless of breed. It's important to always consult with your breeder about genetic concerns. The Devon Rex is a generally healthy cat, but here are some health concerns that have been noted in this breed:

The Devon’s wavy coat is easy to maintain. Groom gently so you don’t break the delicate hairs. In many cases, brushing your hand over the coat is all it needs. The best thing about a Devon Rex coat is that it doesn’t shed much, and the fur is so fine that it isn’t very noticeable on clothing and furniture.

The Devon Rex feels warm to the touch, but he is always seeking warmth. If you are cold, he probably is too. Buy him a nice sweater or two to help him retain heat

The active and social Devon Rex is a perfect choice for families with children and cat-friendly dogs. He will play fetch as well as any retriever, learns tricks easily and loves the attention he receives from children who treat him politely and with respect. Introduce pets slowly and in controlled circumstances to ensure that they learn to get along together. 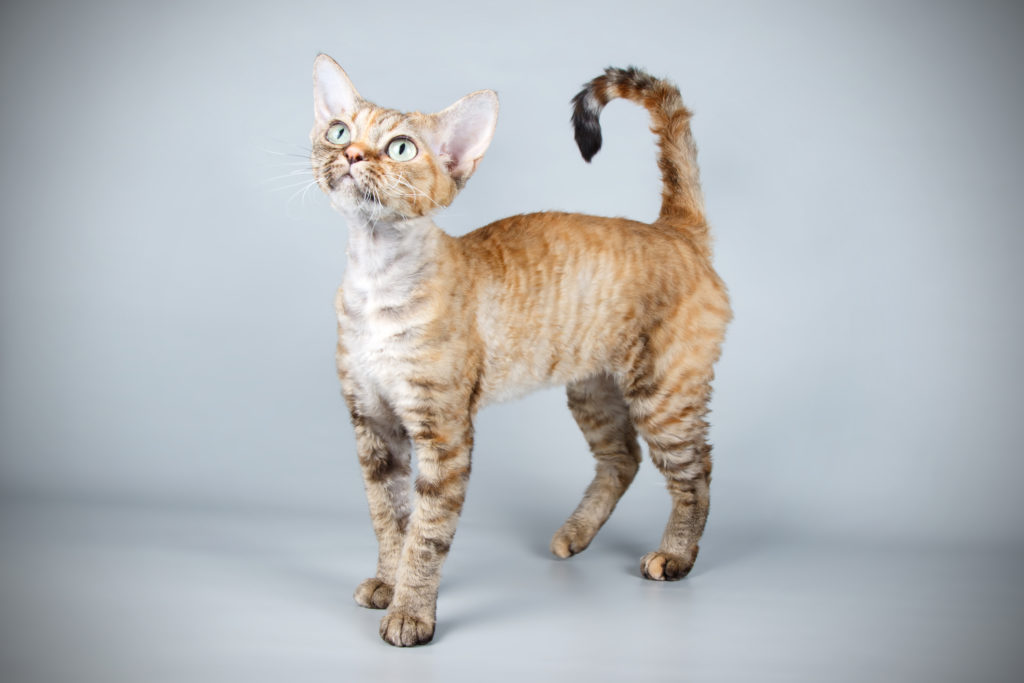