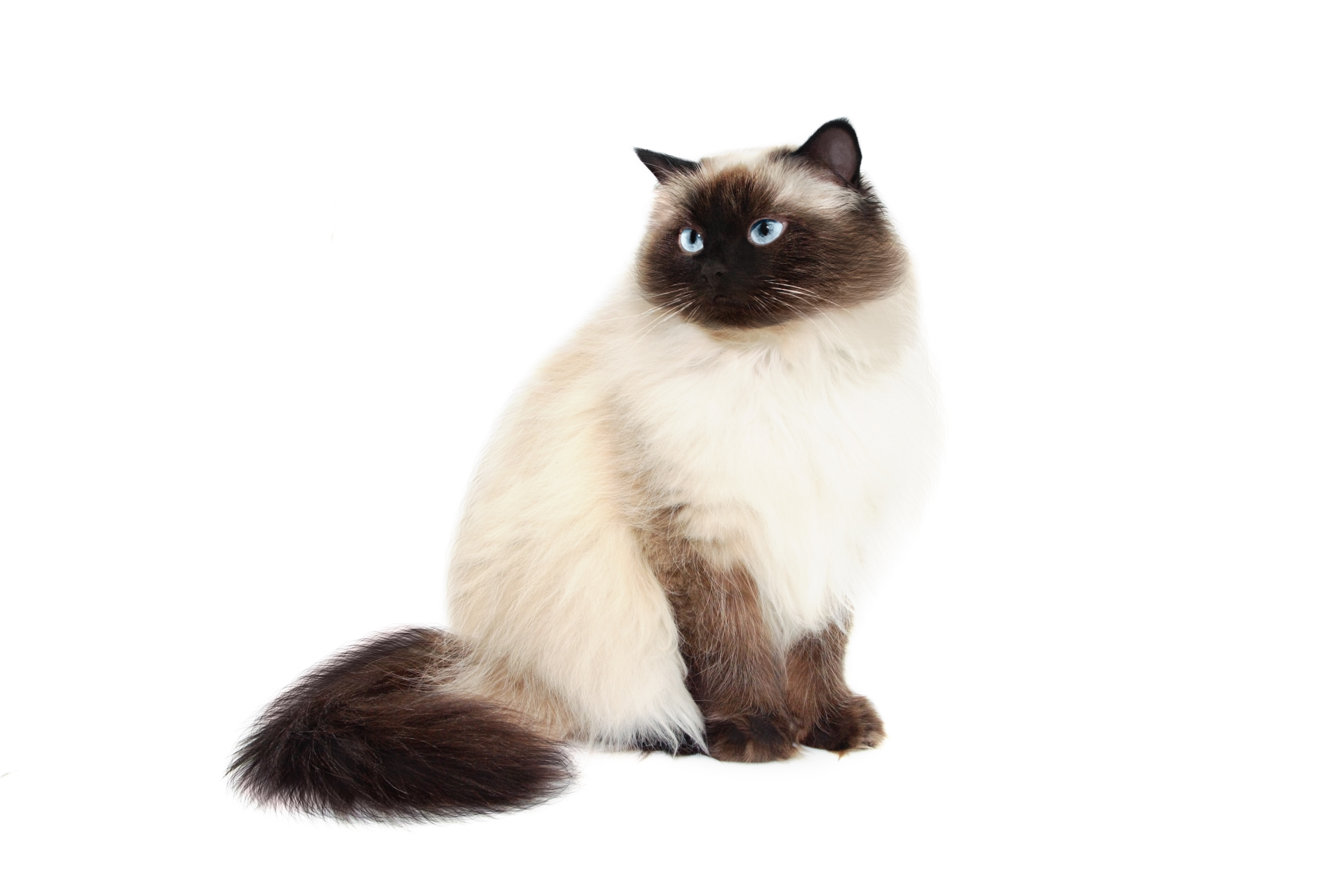 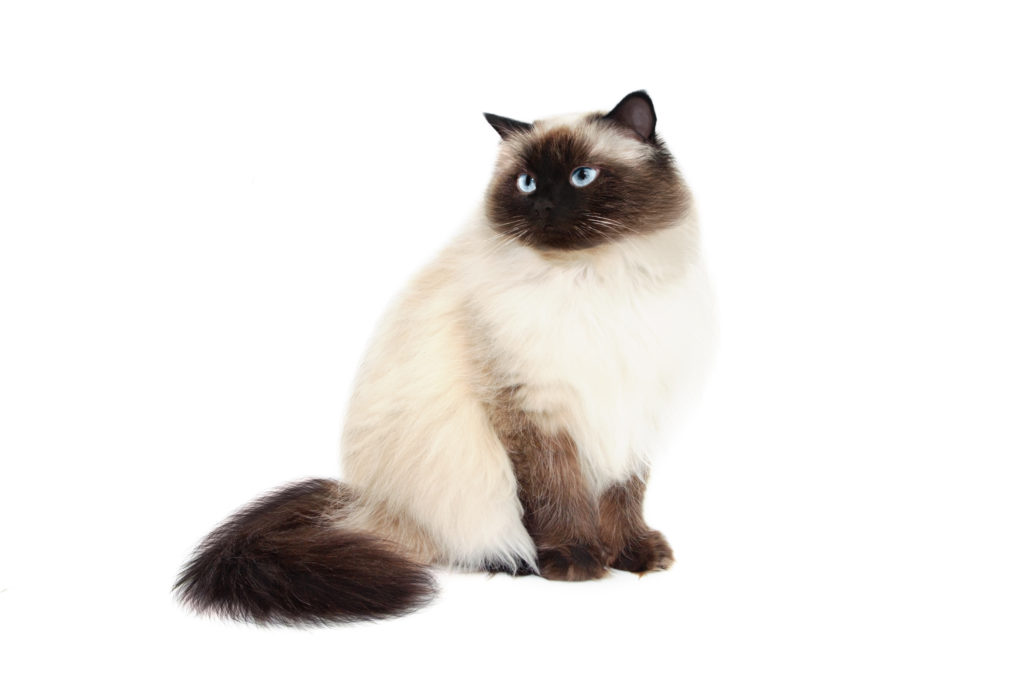 If you’ve ever watched Ben Stillers famous, ‘Meet The Fockers’, then you may remember Jynxie the cat. She’s the Himalayan that learned to use the toilet. Himalayans are basically Siamese cats with very long fur. The Himalayan is an artificial breed that was creating through human intervention and genetic cross breeding. The Persian and Siamese were mixed to provide the eye coloring and color points.  A cat breeder by the name of Virginia Cobb and a medical researcher by the name of Clyde Keeler were able to create a long haired breed with the color points of a the Siamese. The first Himalayan was named Newton’s Debutante

This recipe was later bred back to Persians and once the resulting offspring were bred true, the breed was applied to be recognized by cat fanciers associations. There is no general consensus on whether the Himalayan is a long-haired Persian or a distinct breed in and of itself.

The CFA originally recognized the breed, but then later classified them a color variety of Persian. Some other agencies consider them in the Persian Group and a few associations in America classify them separately. It depends on which association you talk to, however the Himmie (Himalayan for short) is a wonderful breed either way and one of the most popular breed of pedigreed cats. 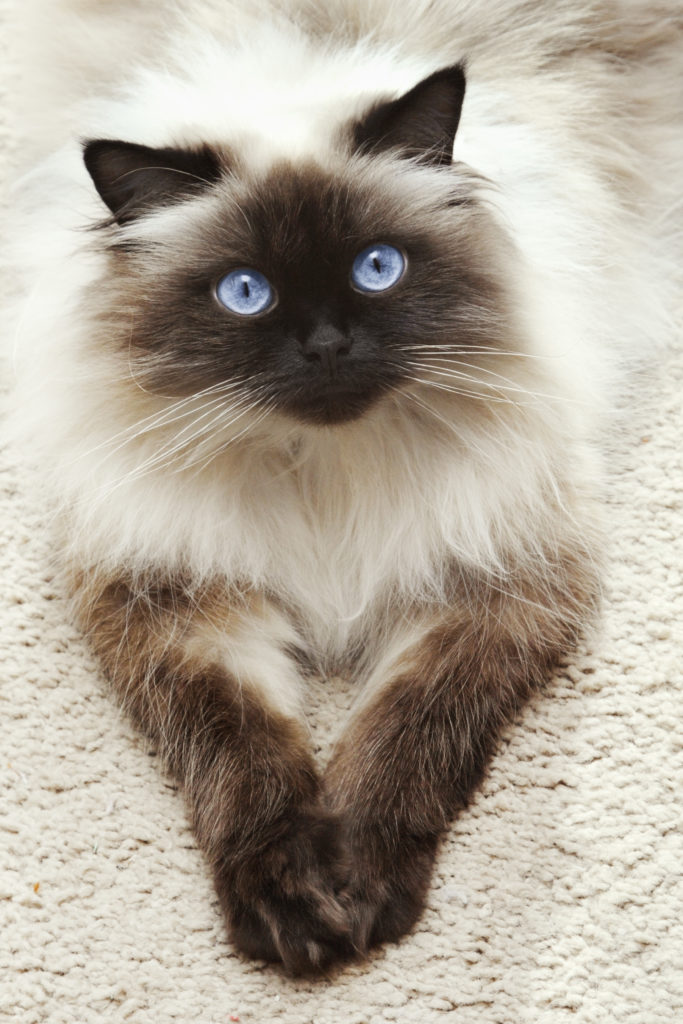 The Himmie is similar to the Persian in the sense that he’s sweet and docile. Most people think of them as ornamental cats because of their relaxed nature. The Himalayan enjoys being petted and brushed by people who understand how to treat this gentle creature. Himalayas are affectionate, but typically match themselves to one or two members of a household.

They are more reserved in their willingness to greet guests and even family members that they aren’t particularly fond of. Loud, busy and chaotic environments aren’t the best environments for Himmies as they prefer more relaxed homes with a very consistent schedule. Himalayans are simple creatures that like their meals, the occasional play time and lots of grooming.

While not the most intelligent breed in existence, they are keenly aware of their inability to naturally care for their fur and will gladly welcome a consistent routine of combing and brushing. They have large expressive eyes and a very soft voices that are often described as musical. The Himalayan is not a cat that you’ll likely have to worry about jumping on your counters or climbing your furniture. They are perfectly happy to move about on the floor or lower height chairs for the occasional nap.

The Himalayan is perfectly content with laying in a few of their prized spots while you are away at work, earning money to buy them food and nicer combs. This is a great breed for working professionals that don’t want to feel guilty about leaving their cat alone and will have a cat that is excited to greet you when you come home.

Any cat can have ailments that are related to any cat regardless of breed. It's important to always consult with your breeder about genetic concerns. The Himalayan is a generally healthy cat, but here are some health concerns that have been noted in this breed:

Himalayans require daily grooming. Their long coast will not stay clean and tangle free. They must be brushed or combed every day and receive a regular, monthly bath.

Litter is something that needs to be considered as well. Litter and fecal matter may become lodged into the Himalayans paws or coat. If your Himalayan isn’t kept free of litter, they may start to exhibit erratic behavior and even become ill.

Himalayans aren’t the best choice for a houseful of boisterous children and dogs, but they have no objection to being the object of a gentle child’s attentions or to rubbing along with a friendly dog who doesn’t chase them or otherwise cause them anxiety. 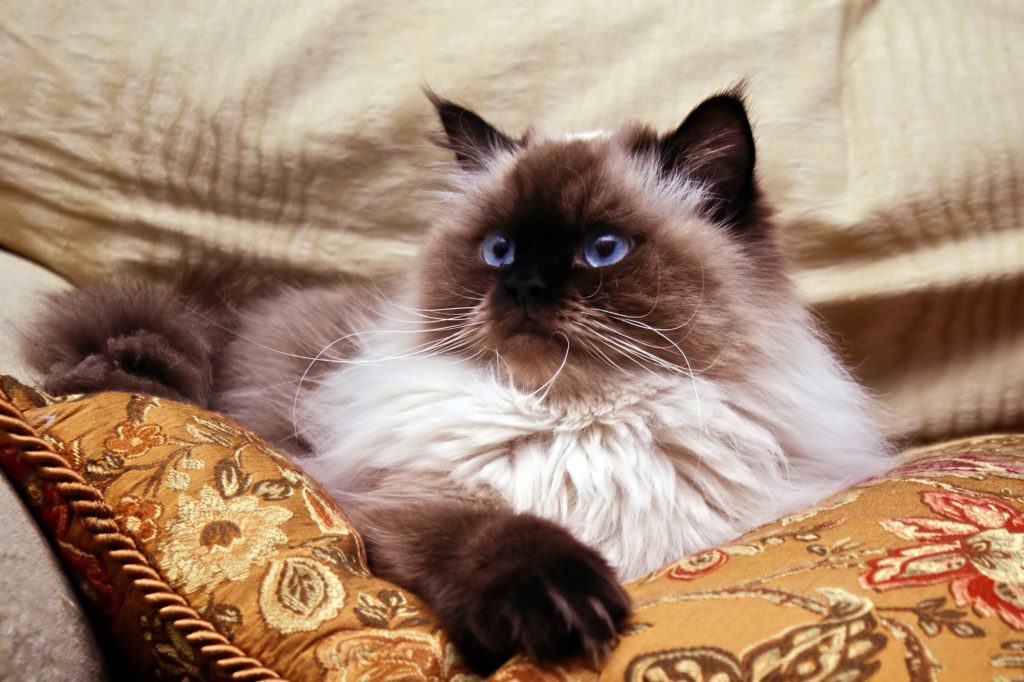