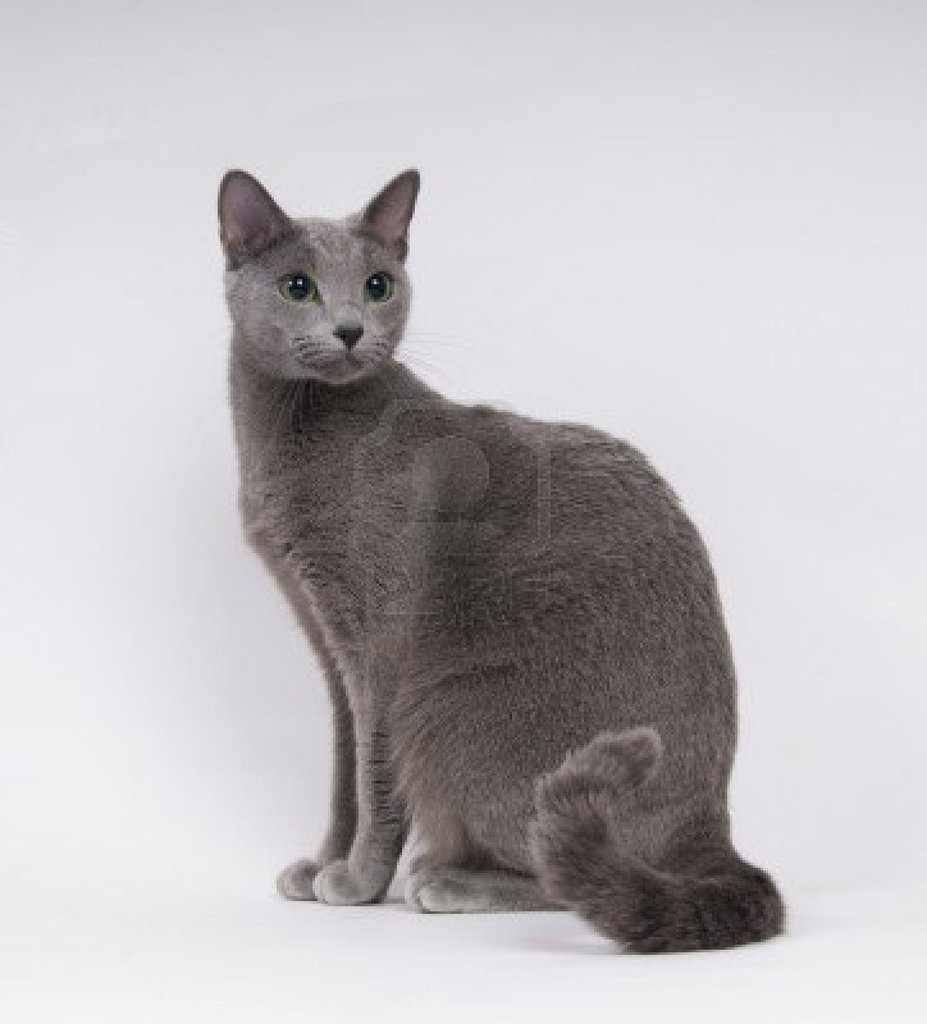 Contrary to the name, the Russian blues development occurs mostly in Britain and Scandinavia during the 19th century. Little is know about the Blue’s origins. It’s possible that this thicker coat would be something that you would find on a cat from Russia, but no one is sure for certain. The Russian Blue is a naturally occurring breed and wasn’t artificially engineering by human intervention.

This breed was originally called the Maltese and Foreign Blue. There are many British breeders from the late 1800’s that have described breeding a cat with silvery fur, large ears and wide eyes. Basically the same traits that we see in the Russian Blues today. By the early 1900’s the breed was recognized enough to be shown as its own breed. WWII decimated most of the original Russian Blues and it took many decades after the war ended for breeders to bring back the original Blues original genetic traits.

Russian Blues don’t like to be ignored and require lots of attention and affection. If the Russian Blue isn’t given attention, he won’t just pout, he can develop anxiety and develop behavioral problems. This isn’t to say that the Russian Blue is incapable of being alone and entertaining himself while you are work. The Russian Blue just expects you to give them attention when you are available.

They are a gentle and quiet breed that has a reputation for being shy. While they are typically reserved, especially around guests, they do enjoy playing and even the occasional game of fetch. The Russian Blue is a climber and you will struggle to keep them out of high places where they can look down and observe their surroundings. The Russian Blue will become very attached and extremely loyal to his favorite person in the household.

The Russian Blue enjoys a more quiet and laid back home where he can rely on a consistent schedule and most importantly, a consistent meal schedule. This is not a breed that enjoys waiting for their food. 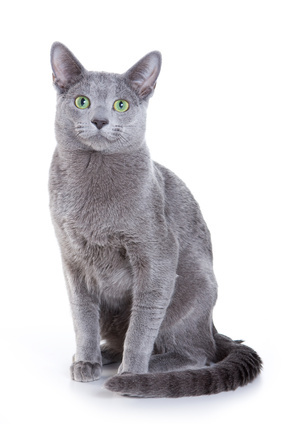 The Russian Blue is generally healthy, however. An owner’s main concern will probably be this cat’s hearty Russian appetite, which can turn him from sleek to stout in no time.

The Russian Blue’s dense coat should be combed twice a week to remove dead hair and distribute skin oils. Brush the teeth to prevent periodontal disease.

Russian Blues have a tolerant nature toward children who treat them kindly and respectfully. They will even put up with the clumsy pats given by toddlers, as if they recognize that no harm is meant, and if necessary they will walk away or climb out of reach to escape being bonked on the head.

That said, the patient and gentle Russian Blue should always be protected from rough treatment, so always supervise very young children when they want to pet the cat. The Russian Blue is also accepting of other animals, including dogs, as long as they aren’t chased or menaced by them. Introduce pets slowly and in controlled circumstances to ensure that they learn to get along together.