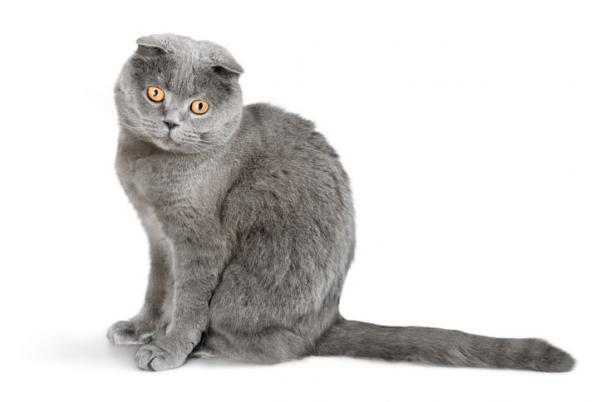 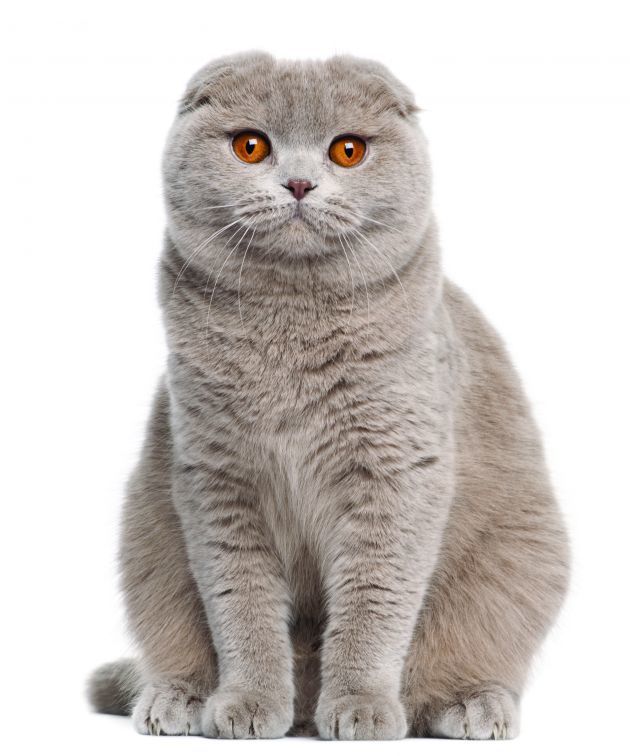 The Scottish Fold, named after the folded ears and the area in which it originated, is the result of a completely unexpected mutation that caused the original Scottish Folds ear to perk downward. The first cat with folded ears wa bred with a British Shorthair and thus the beginning origins of the Scottish Fold were born.

Once other breeders became involved and understood that ear fold gene was dominant, the breed continued to flourish and there are even variants with longer hair called the Highland Fold in some cat circles.

The Scottish Fold was introduced into the United States in the 70’s and shortly after recognized by most North American cat breed agencies. Oddly enough, the Scottish Fold is not recognized by breeders in its home town due to the health concerns of their folded ears. Cat breeds can sometimes be a tricky and interesting conversation.

You might think that the ears on the Scottish Fold are less mobile than other cats. You would be wrong. The Scottish Fold has some of the most expressive facial muscles and ears you will find in any cat breed. You’ll find her laid out in odd poses whilst twisting her face and ears into comical positions. The Scottish fold will use their ears to communicate very effectively.

A moderately active cat, the Scottish Fold enjoys being with her people and participating in their activities. She enjoys attention and the last thing she enjoys is being left alone. The Scottish Fold is not a great choice for pet owners that intend on being gone for several hours of the day without someone that will be home to keep her entertained and provide company. The Scottish Fold will expect lots of play when you return home even if you have other family members at home with them.

She will take that opportunity to get in some quality lap action or curl up next to you while you watch tv.

Any cat can have ailments that are related to any cat regardless of breed. It's important to always consult with your breeder about genetic concerns. The Scottish Fold is a generally healthy cat, but here are some health concerns that have been noted in this breed:

Comb the Scottish Fold’s coat weekly to remove dead hair and distribute skin oils. A long haired Fold may need to be groomed a couple of times a week to ensure that tangles don’t develop.

The friendly, laidback Scottish Fold is a perfect choice for families with children and cat-friendly dogs. He loves the attention he receives from children who treat him politely and with respect, and he likes to play and is capable of learning tricks.

He is happy to live with cat-friendly dogs, too, thanks to his amiable disposition. Introduce pets slowly and in controlled circumstances to ensure that they learn to get along together.