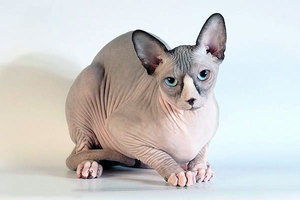 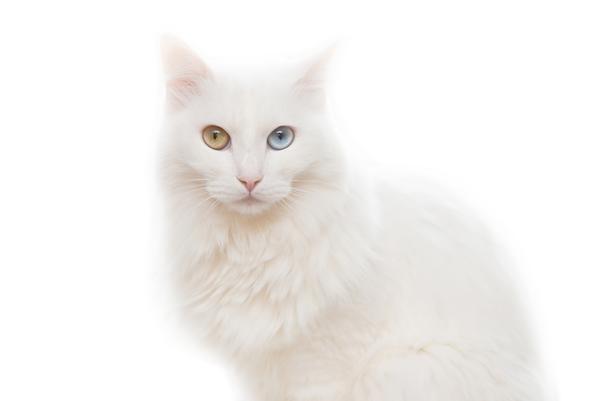 Contrary to the name, your Angora sweaters are not made from cats. That would be a confusion with the Angora Rabbit. This longhaired beauty may be just as soft, but he’s named after the city of Ankara in Turkey which was known as Angora. It’s thought that the Angora was one of the first long haired breeds to arrive in Europe. It’s speculated that Viking ship goers are some of the first people to bring them from Turkey after invading and conquering this region.

The Angora breed almost became extinct at a point in time until breeders brought them back. They made their first debut into the United States in the 50’s and were officially recognized as a breed in the 60’s by most major cat breed organizations. The Turkish Angora was granted full recognition in the late 70’s as a white breed and later colored Angoras were accepted as part of their pedigree as well.

The Turkish Angora is a large cat that can surprisingly display feats of agility and pure athleticism. They have been known to climb trees and open doors. They are an active breed that is very clever and their soft cuddly exterior shields their naturally inquisitive and active behaviors. They enjoy playing and will do anything to grab the attention of their owners even if it comes at the expense of creating mischief.

The Angora will continue to be playful well into their adulthood, so if that’s something you enjoy, this may be the breed for you. They don’t care much for strangers but adore their family and owners. The Angora is best paired with another cat or dog that will allow him to have his own space as this is a very social animal. Laps and pillows are a natural place you’ll find your Angora resting to if you give him an opportunity to join you.

Their short attention span is something that you will have to get used to. It’s always going to be a constant battle to keep them entertained on what you want them to focus on.

Turkish Angoras are generally healthy, but solid white cats with one or two blue eyes are prone to deafness in one or both ears. Other problems that have been seen in the breed are ataxia and hypertrophic cardiomyopathy.

Ataxia is a fatal neuromuscular disorder that affects very young kittens at 2 to 4 weeks of age.  Careful screening has greatly reduced the incidence of the disease.

Hypertrophic cardiomyopathy is a form of heart disease that causes the heart muscle to enlarge. It is found in pedigree and non-pedigreed cats. Turkish Angoras are one of the breeds that may be affected by this disease.

The Turkish Angora has a single coat with a silky texture. Because there’s no undercoat to cause mats or tangles, it’s easy to groom with weekly combing or brushing, and it sheds very little. The coat doesn’t achieve its full length until the cat is approximately two years old.

The Angora who has been well socialized is comfortable with kids, making him a good choice for families who will supervise children to make sure they pet the cat nicely and don’t pull his fur or tail. He is happy to live with cat-friendly dogs, too, as long as they recognize that he’s in charge. Introduce pets slowly and in controlled circumstances to ensure that they learn to get along together.